CBS News and “60 Minutes” reporter Lara Logan has lambasted the Obama administration for pushing what she called the “major lie” that the Taliban has been weakened in Afghanistan by the U.S. military. 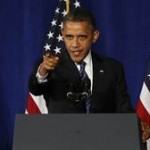 According to a Fox News report, Logan spoke last week to a crowd of about 1,100 at last the Better Government Association annual luncheon in Chicago. During the speech she accused the administration of downplaying the number of Al Qaeda operatives in Afghanistan to support its rush to leave.

She also claimed Washington acts as apologists for the Taliban by downplaying their links to Al Qaeda and the strength of their organization.

Logan also criticized the Obama administration over its handling of the attack that killed four Americans in Libya.

“I chose this subject because, one, I can’t stand that there is a major lie being propagated,” Logan said, according to Fox News. That lie, she explained, is that the American military has weakened the Taliban.

On Sept. 30, Logan interviewed the top U.S. commander in Afghanistan, Gen. John Allen, for a piece on “60 Minutes.” He told her that “an awful lot of the population of this country is living in an area where there is vastly improved security from where it was just a few years ago.”

Logan, in her Tuesday speech, criticized the “narrative coming out of Washington for the last two years.”

She said it comes from “Taliban apologists,” who claim “they are just the poor moderate, gentler, kinder Taliban. … It’s such nonsense.”

Logan also encouraged the administration to “exact revenge” on the terrorists who killed Ambassador Chris Stevens and three other Americans serving in Benghazi, Libya, on Sept. 11.

In Case You Missed It:  Barr’s Exposés of Susan Rice, Cutting Obama Off At The Knees

The call to eliminate federal subsidies to the Public Broadcasting Service (PBS), such as Governor Mitt Romney’s recent statement, shouldn’t...