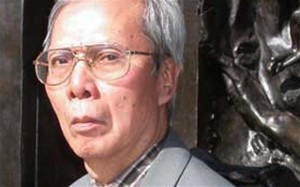 Republican presidential nominee Mitt Romney promised to label China as a currency manipulator, and, if elected, would prosecute their practice of limiting their currency as a means to keep their export prices low, during Tuesday night’s debate.

President Obama, likewise, bragged about his tough stance against China’s low-cost goods and currency manipulation according to the Wall Street Journal.

China, however, isn’t thrilled with either candidate’s stance on China.

“We hope the U.S. Republican and Democratic candidates will get rid of the impact of election politics and do more things conducive to China-U.S. mutual trust and cooperation,” Chinese Foreign Ministry spokesman Hong Lei said Wednesday.

China’s state news organization, Xinhua, also chimed in on the topic, suggesting a global trade war could erupt if Romney were to follow up on his promise to prosecute the country’s currency practices.But many ordinary Chinese people who watched the debate weren’t so concerned with the anti-China rhetoric, taking it that such remarks are a sign of Chinese importance, and remarking positively on the American practice of challenging its leaders.

In Case You Missed It:  Local Reporter Calls Riot in Atlanta “Largely Peaceful Protest” as Police Cruiser Goes up in Flames in the Background (VIDEO)
Posted in Financial, Tyranny and tagged China, Currency, Election, Made in China, Mitt Romney, Obama.

Welfare spending has grown substantially over the past four years, reaching $746 billion in 2011 — or more than Social...