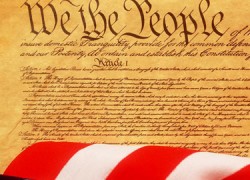 There are plenty of things to be thankful for this week, and this year as well.

Yes, after our country’s recent elections, big government remains the rule here in the United States and throughout the West. Yet the language used by the candidates (both talked of reducing federal spending and creating jobs, for example) and the closeness of the race proved that, in the U.S. at least, conservatism remains a powerful force.

Conservative thinkers present a compelling, principled alternative to liberal ideas. Right-leaning politicians retained control of the House of Representatives, where they’ll control all spending bills and be able to push back against the expansion of government. Conservative governors will run 30 states and can use their offices to thwart federal overreach. Many governors, for example, have already announced they won’t set up Obamacare insurance exchanges, which will save the states money and may doom the entire federal power grab.

Rather than despair, conservatives should use this holiday season to count our blessings, review our plans, and further our agenda in 2013.

But the act of giving thanks requires someone or something to give thanks to. So it’s also worth noting that Thanksgiving highlights the importance of religion in public life, and that our unique founding ensures that religion remains a key pillar of American greatness. President Abraham Lincoln created the modern Thanksgiving Day tradition when he announced, in 1863, that it would be celebrated as an official national holiday.

Lincoln unapologetically cited “the gracious gifts of the Most High God, who, while dealing with us in anger for our sins, hath nevertheless remembered mercy.” Long before that, President George Washington named November 26, 1789, as a day of thanksgiving devoted to “the service of that great and glorious Being who is the beneficent Author of all the good that was, that is, or that will be.”

Famously, God went unmentioned last year. Yet President Obama has made it a point in years past to direct thanks to God. “As we stand at the close of one year and look to the promise of the next, we lift up our hearts in gratitude to God for our many blessings, for one another, and for our Nation,” read his Thanksgiving Presidential Proclamation in 2010.

In defense of Obama, some will surely cite a “wall of separation between church and state” that doesn’t actually exist in the Constitution.

As Daniel Dreisbach explains in a First Principles essay, this figure of speech actually dates to a letter written by President Thomas Jefferson in 1802. In reality, the First Amendment didn’t aim to protect people from ever being exposed to any religion. It only aimed to ensure that the federal government wouldn’t establish a state-run church, such as the Church of England.

In matters of religion, I have considered that its free exercise is placed by the constitution independent of the powers of the general [i.e., federal] government. I have therefore undertaken, on no occasion, to prescribe the religious exercises suited to it; but have left them, as the constitution found them, under the direction and discipline of State or Church authorities acknowledged by the several religious societies.

Although the First Amendment prevents Congress from establishing a religion or prohibiting its free exercise, Presidents, as well as Congress, have always recognized the American regard for sacred practices and beliefs. Jefferson himself actively supported religious institutions. While in office, he personally approved federally funded programs that built churches and supported Christian missionaries.

This Thanksgiving, instead of replaying our disappointments, let’s focus on the great things about our exceptional nation. The American people are still self-governing citizens. Our Constitution is still the most successful constitution known to man. American churches continue to give people a spiritual home and, along the way, save lives through good works. That’s worth pausing to give thanks for—this week and every week.

In Case You Missed It:  Twitter Files reveal social media platform rigged the COVID debate, was complicit in deaths that could have been easily prevented
Posted in Freedoms and tagged Congress, Conservatism, Foundry, Freedom, Governments, Obama, United Socialist States of America, White House.

Why Is The Latino Poverty Rate So High?

It has been reported recently that the poverty rate among Latinos has reached 28 percent. The number, based on a...