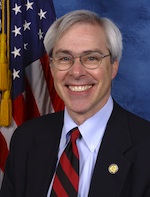 Rep. John Barrow (D-Ga.) has introduced the Keeping the Promise of IRCA Act. The bill would fulfill the border security promises, workplace verification promises, and interior enforcement promises that were never fulfilled by the 1986 amnesty bill. The bill serves as an alternative to the Gang of Eight’s amnesty bill, S.744, and is a response to public opinion that’s been evident in poll after poll that the border needs to be secured before dealing with other aspects of immigration reform.

The Keeping the Promise of IRCA Act would:

In Case You Missed It:  Study: Over Half of Migrants and Refugees Are on American Taxpayer-Funded Welfare
Posted in Freedoms and tagged Border, Congress, Conservatism, Democrats, Freedom, Illegal Immigration.

Judean Jews: ‘We won’t be Cannon Fodder’ for Palestinian Terrorists

Leaders of Jews in Judea have announced an emergency gathering at El Hader junction Friday as Arab chutzpah mounts. Arab...