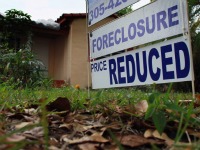 The Mortgage Bankers Association and the Independent Community Bankers of America jointly filed a Supreme Court brief arguing that under the new HUD rule under Obama’s ridiculous housing plan that virtually every lender in the United States could be sued for discriminatory lending practices if they don’t lend to enough minorities no matter how bad their credit score happens to be.

Lenders in the past have base their lending decisions on certain facts about the borrower that have nothing to do with their race. You would think that’s fine right? Not according to President Obama.

Now under Obama’s plan, HUD will force lenders to make sure that they are lending equally across ethnic lines in any given area regardless of what the credit scoring system would dictate when it comes to making a credit decision. Problem is, if you average credit scoring within ethnic groups, those averages simply are different. Some ethnic groups FICO scores overall average lower than others. This puts lenders into a position where they will have to make higher risk loans, which in turn will result in higher foreclosure activity and we’re kind of getting back to a post 2008 environment. It could also lead to higher rates for everybody, even those with perfect credit to make up for the added risk. So again the middle class will be carrying the brunt of those whom don’t pay their bills on time.

The Mortgage Broker Association wants to know what in the heck their supposed to do with this mess Obama created. Certainly if they are forced to lend to people with lower credit scores in order to be compliant with the new ethnic requirements, they will have to raise the cost to people with higher credit scores to make up for their losses. It’s just math.

Another problem with Obama’s idea is instead of raising people and neighborhoods up it never fails to bring things down to the once prosperous neighborhoods to a lower level. Not surprised to hear this from this administration which has made it their intention to “even things out”.

The disastrous socialist policy is called, “Affirmatively Furthering Fair Housing.” It will require HUD to gather data on segregation and discrimination in every single neighborhood and try to ‘remedy it’.

Under this plan we can expect to see people with superior credit and collateral assets being denied mortgages over higher-risk minority mortgage applicants simply because there aren’t “enough” (according to some radical-leftist bureaucrats’ absurd, subjective agenda) ‘diverse’ people on a given block or neighborhood.

Then the liberals will again start to influence mortgage acceptances with a preference to higher risk “diverse” applicants, it’s going to make the last housing crash look like a half-mile per hour fender-bump. This is the agenda of the radical left Obama officials who will be responsible for advancing these moronic ideas. They are so blinded by hatred for everything that has made this nation great, they’ll stop at nothing to try to tear down the status quo, regardless of (or perhaps intentionally to destroy) the wealth created through property values when the property is 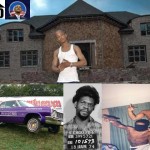 If you don’t have a violent street gang in your neighborhood today, Obama will insure that you get one soon, all in the name of diversity and equality! These types of leftist policies have already ruined many safe neighborhoods throughout many United States suburbs, retail values of the homes drop drastically once middle class neighborhoods become crime ridden and unsafe.

Are you going to get off your butts and do something or watch us slip into tyranny and the grand Utopian vision of the Statists and Leftists? — Mark Levin

The Dark Side of Miss America and Bollywood

When Nina Davuluri of New York won Miss America 2013, she said in her first press conference after the victory:...