What the House Should Do 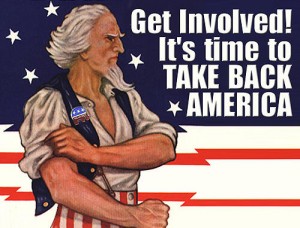 The House should keep passing bills that fund the government (with the exception of ObamaCare). Let Harry Reid refuse them. At the same time, get on TV all day and night articulating what you’ve been fighting to fund. (Remember, more than half the country consistently hasn’t liked ObamaCare. The majority didn’t want a shutdown. You’re on the side of the American majority on both issues; don’t let the media convince people otherwise.)

About That Ted Cruz

Agree with his tactics or not, Ted Cruz has done something that few in D.C. are tough enough to do–he ran on something and is actually fighting to get it done. No matter where you stand on the political spectrum, you should value that. If we can’t count on elected officials to follow through on their promises, what’s the point of voting at all? Is this all just a game?

Also, I will remind you that the same conservative base that ushered in huge mid-term victories in 2010 (as a result of united opposition to ObamaCare) have a restored sense of confidence thanks to politicians like Ted Cruz and Mike Lee. That’s the big picture. That conservative base is essential to winning elections; they volunteer, mobilize voters, and do massive grassroots outreach. The GOP needs them badly. If they don’t know that by now, it’s time to wake up.

The public opinion battle on the shutdown could have been won months ago (and should have been). You have to own this messaging early and steadily. Offense, not defense. The GOP should hire ten solid messengers who get out in front of these fights and flood the networks, debunking media-contrived talking points. Own the argument from the start and it will be much harder for the Left to distort your goals and policy agenda. Hire these people TODAY.

Also, presenting a clear alternative to ObamaCare is a must. The GOP has vocalized pro-free market alternatives–purchasing insurance across state lines, patient-centered reforms–but where was the marketing on them? Where was the comprehensive, well-planned, well-organized alternative? Without that, you run the risk of appearing to complain about something without offering solutions. If you have the solutions–and I know you do–why aren’t they front and center?

For too long, compromise has meant that the Right consistently caves to the Left’s demands. That’s not compromise; it’s weakness. Where was Barack Obama’s love of compromise when he shoved ObamaCare through with no GOP support?

ObamaCare is bad economic and health-care policy. The GOP has a responsibility as a supposedly pro-growth, pro-free market, pro-opportunity, limited-government party to battle that law. Otherwise, what do they stand for?  And for those saying, “Well, let’s just let ObamaCare fall on its own,” are you prepared for the economic consequences of that? Are you confident that we will be able to roll back this enormous disaster once it gains traction?

This isn’t just about winning elections; it’s about fighting for the future of the country. There are moments that define who you are and what you stand for. This is one of them, GOP.

The House offered to fund Obamacare if Congress would delay the individual mandate and accept to live under Obamacare just...