For most Indians the word Wahhabi means Saudi Arabian fundamentalism. When told that Wahhabism has deep roots in the Indian sub-continent, the first response is usually denial often followed by claims that Indian Wahhabism was a British invention. Those who think that way would do well to visit a small cemetery hidden away in a forgotten corner of Old Delhi-the remains of the Madrasa-i-Ramiyya, destroyed after the recapture of the city during the great uprising of 1857.

This Muslim seminary has a good claim to have been the epicentre of the 1857 revolt-a fact kept hidden from the authorities for the reason that it would have resulted in further hangings. Yet details can be found among the records of India’s premier madrasa, Dar ul-Ulum Deoband, a secret that few Indian historians seem prepared to examine, perhaps because it challenges the comfortable view of 1857 as a national revolt initiated by disaffected sepoys but drawing Hindus and Muslims together against an alien enemy. 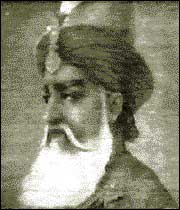 Only one organisation within India at that time had a set agenda for the overthrow of the Company Raj and it was a radical Muslim one, formulated by Salafists intent on restoring India to an Islam that is free of the “filth of dissonance”. Grouped together in one corner of the graveyard of the Madrasa-i-Ramiyya are the tombs of its founder, reformer Shah Waliulla, along with his sons, grandsons and leaders of his movement.

Waliulla initiated the revitalisation of Islam in India in the late 18th century, but in the 1820s the third generation of the family espoused a more overtly ‘jihadi’ interpretation of Islam, introducing Arab elements that were condemned as ‘Wahhabi’-not by the British but by the Sunnis.

Missing from the cemetery are the tombs of one of Waliullah’s grandsons, Muhammad Ismail Ali, and another follower Syed Ahmad, both of who died as martyrs in 1831 leading a jihad against the Sikhs.

After their deaths, another one of Waliullah’s grandsons, Shah Muhammad Ishaq took over as head of the Madrasa-i-Ramiyya while a more militant Patna-based group led by brothers Wilayat Ali and Inayat Ali broke away to form what afterwards became the Wahhabi Ahl-i-Hadith. By 1841, Shah Muhammad Ishaq migrated to Arabia, handing over the reins to his more militant son (or nephew) Shah Abdul Ghani. Both groups then began to lay the groundwork for jihad against the British, one that rejected the leadership of the un-Islamic ‘Last Mughal’ Shah Bahadur.

In the event, they were taken by surprise by the Sepoy Mutiny that began in Meerut in May 1857. Nevertheless, in the final assault on Delhi by the British forces, it was Syed Ahmad Shaheed’s ‘Wahhabi’ ghazis from Tonk and elsewhere who stayed and fought to the death while the sepoys slipped away.

What is fairly well documented is that an isolated group of the same Wahhabis fought in the mountains of Swat, where the Qila Mujahideen—known to the British as the ‘Fanatic Camp’—held out against a series of military campaigns before moving deeper into tribal territory in 1901.

Their Ahl-i-Hadith descendants are still to be found in Bajour today offering hospitality to Ayman Al-Zawahri and the Al Qaeda. Despite being regarded as outsiders, these Wahhabi radicals helped in jihadising the tribes in the frontier region. What is much less well documented is the role played by Shah Abdul Ghani’s Madrasa-i-Ramiyya mullahs and students in 1857. One group certainly fought—at Shamli and Thana Bhawan, north of Delhi—and lived to tell the tale.

Of their number, some including Shah Abdul Ghani, afterwards fled to Arabia but a hardcore group stayed back to found what was initially known as the ‘Arab’ madrasa in a small village, north of Delhi, called Deoband.

Recognising the futility of open jihad against the British they directed their efforts towards Islamic separatism, maintaining a programme of covert military training.

While their successors indignantly reject any links with Wahhabism, it is a fact that their co-founder Ahmad Rashid Gangohi famously declared the Wahhabis to be ‘good people’ with ‘good beliefs’ with whom they ‘shared basic beliefs’, while a scarcely less important Deobandi contemporary, Sheikh-ul-Hadith Muhamad Zakariya Kandhalvi, no less famously declared, “I am a more staunch Wahhabi than any of you.”

Fearing the loss of their Muslim identity and faced with a choice between the forward-looking Islam offered by Syed Ahmed Khan of Alipore and the backward-looking, intolerant interpretation of Islam promoted at Deoband, India’s Muslim poor chose to support the latter.

By the end of the 19th century, the alumni of the original Deoband Madrasa had founded more than two dozen madrasas in north India.

During the 2012 campaign, Mitt Romney called Russia the United States’ “number one geopolitical foe”—and was widely derided by those...