In an exclusive interview with The Foundry, Gov. Bobby Jindal (R-La.) said he’s open to running for president in 2016, but he first wants conservatives to win the war of ideas and win at the ballot box this year. 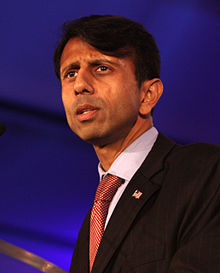 The Foundry’s Genevieve Wood sat down with Jindal at The Heritage Foundation’s Resource Bank meeting in New Orleans to talk about his future and his thoughts on how to improve the Republican brand.

“We have to win the war of ideas first,” Jindal said in response to a question about seeking the presidency. “Maggie Thatcher famously said you have to win the debate before you win the election.”

Last October, Jindal established an organization called America Next to be engaged in policy fights. He said conservatives must show the American people that their ideas work:

Jindal said Republicans would benefit by showcasing their vision to achieving that dream.

“The reality is our ideas do work,” he said. “The president has nothing new to offer.”