By Jonathan F. Keiler:  The other day Kenneth Roth, the executive director of Human Rights Watch, appeared on the “Huckabee Show” on FOX News to make the case that Israel is committing war crimes in Gaza. Huckabee is a strong supporter of Israel, instinctively on the right side of the issue, but could do little but respond with exasperation to Roth’s technical sounding claims of Israeli law-breaking. While the pro-Huckabee studio audience didn’t buy it, Roth’s calm, prim, and professorial accusations against Israel might easily sway a neutral observer who didn’t actually know the law. His weak but carefully articulated claims help establish the pseudo-legal sounding framework which the left-wing media, most of Europe and the Obama administration use to pressure and condemn Israel. It works to encourage Hamas’ own continuing war crimes, rather than promote adherence to the law. 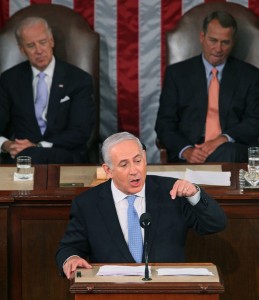 None of Roth’s accusations are based on a correct reading and interpretation of the laws of war, but his claims need to be debunked precisely, not just ignored or belittled because one supports Israel. Roth and his cohorts have very real influence that is based in part on an appeal to cool legal rationality. The problem is that this coolly rational legal framework, at least when it comes to Israel, is a chimera.

Roth’s brief against Israel (and by extension that of the Left in general — to include Obama) is that Israel’s actions in Gaza do not comply with the laws of war, to wit:

None of these claims are either factually true or legally legitimate, but when presented calmly and academically, without direct rebuttal, are convincing for many people, and create fodder for op-ed writers and talking heads to muddy the waters or drum up anti-Israel sentiment. What is the actual case with regard to these claims?

Israel is strictly liable for civilian casualties:  Strict liability is a very limited legal concept that has no little or no place in the laws of war.

Overwhelmingly in criminal jurisprudence, whether civil or military, the key question is intent. However, in limited situations, strict liability applies, e.g., injuring somebody while driving drunk being an example. It is a way to apply criminal liability to reckless but perhaps otherwise innocent conduct. Within the laws of war the prohibition against “indiscriminate” actions covers this issue.

The problem for Roth is that Israel is exceedingly discriminate in its actions, while Hamas is completely indiscriminate. To get around this problem Israel’s critics simply assert that causing “excessive” civilian casualties (whatever that means) is illegal. On Huckabee, Roth proposed that killing one civilian for one terrorist might be okay, but not ten. There is no law of war rule to this effect. Suppose the one civilian is an innocent child, and the ten rabid civilian supporters of the terrorist. It is an impossible legal question to resolve and so the laws of war don’t address it. The guilt in both cases is on the terrorist for creating the danger in the first instance.

Israel violates the rule of proportional combat: This obscure law of war was almost entirely ignored by the media, political classes, and academia until the Second Lebanon War in 2006. It is a relatively useless and impractical concept of the law of war, not even mentioned in the Hague Conventions, the 1949 Geneva Conventions, and is noted only in commentary to the 1977 Protocol Additional. As I pointed out several years ago in an article for the Army War College, it is “ambiguous, lacks useful precedent, and as a practical matter nearly impossible to interpret or enforce.” It appears to only apply to Israel.

Here’s what the proportionality rule actually says: attacks must be proportionate to the military objective sought. That’s it.  Nobody mentioned this rule until it became a seemingly legitimate excuse to bash Israel. But it is pointless because almost all competent military organizations, including the Israel Defense Force (IDF), follow the principle automatically for their own benefit. In military doctrine it is called “economy of force.” No competent military leader wants to disproportionately apply force to an objective — it wastes time and resources. Sometimes by mistake it is done, as, say, in the bombing of Monte Casino during World War II. But even that is not a war crime, because the attack must be intentionally disproportionate, not just a mistaken application of force. Even if you can demonstrate that Israel applied disproportionate force at some point, you would also have to show that misapplication of force was deliberate. Good luck.

Israel disproportionately kills civilians: The proportionality rule has nothing to say about this. Disproportionate civilian deaths have been a fact of war since war began, largely through famine and disease, but murder and massacre too. Modern war has increased risks to civilians due to heavier firepower and increased urbanization. Civilian deaths have exceeded military deaths in many modern conflicts, including World War II, but this in itself is not a violation of the laws of war. The legal question is whether the deaths were caused intentionally or recklessly, not the proportion of civilian deaths to military losses. Thus by correct measure, the legal question in the Gaza conflict is which side has intentionally or recklessly caused the most civilian deaths. The answer to this question is Hamas 6; Israel none.

Palestinians who voluntarily put themselves in harm’s way are not human shields: Roth is technically correct on this (recently tweeting this claim.)  But this is because the laws of war never anticipated the depraved conduct of the Palestinian Arabs of Gaza. Human shields as envisioned by the laws of war are civilians who are coerced by a military force to protect soldiers or a military target. German soldiers in World War I who forced Belgian civilians to march ahead of them committed a war crime. A Nazi plan to shield aerial targets with Allied POWs would have also been a violation.

There have been instances of Hamas doing these things, but also apparent instances where civilians rushed to a target to protect it from Israeli fire. In the latter instance these civilians were not technically human shields. Instead, they became legitimate military targets, and also war criminals. The laws of war require combatants to wear uniforms or identifying badges or marks. A civilian who takes a military position without properly identifying himself is both a legitimate target and a violator of the laws of war. But he is not, technically, a human shield.

Precision military strikes are required when engaging any target in an urban area:  Roth claimed (without attribution or detail) that Israel attacked a hospital because Hamas place a rocket launcher 100 yards away, and that this attack was illegal because Israel had to use a “precise” munition in such an instance. Of course we don’t know what munition was used, or even if the attack actually took place, but for the sake of argument, let’s assume Israel attacked a Hamas Grad rocket launcher emplaced 100 yards from a hospital with a standard unguided 155mm artillery round. There would be absolutely nothing illegal about such an attack under the laws of war. If the round did not precisely hit the Grad launcher, or shrapnel from the explosion hit the hospital, the legal liability is on Hamas.

Precision munitions are relatively new to war, limited in military inventories and very expensive. There is no legal duty to use them exclusively in particular instances. As a practical matter though, it is indisputable that Israel disproportionately uses precision munitions, also munitions with reduced explosive force, and engages in a historically to civilians who may be in a targeted area.

Israel does not prosecute soldiers for war crimes: Israel of course does this. Even the highly biased and anti-Israel Goldstone Report from a previous Israel-Hamas fight acknowledged Israel’s well developed and sophisticated military legal system. What Roth and his like object to is that Israel does not prosecute its soldiers imaginary crimes. As demonstrated above, Roth’s brief against Israel is based on his own inchoate ideations of what comprises the laws of war, not what they actually say. If Israeli military prosecutors were to try an Israeli soldier for violating one these nonexistent or misapplied rules, he would be quickly acquitted because the Israeli military judicial system actually follows the laws of war, not the imaginings of so-called human rights activists.

Hamas imam to Jews: “We will totally exterminate you”

Yet another open call for genocide of the Jews, airing on Hamas’s TV channel. Where is the international media? Too...