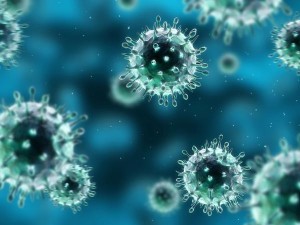 During last summer’s border crisis, left-wing and mainstream media outlets mocked conservativeAmericans who were concerned that illegal immigrants may be carrying disease like Tuberculosis.

Tuberculosis is chief among those diseases, according to the Times, which noted that “in 2013, 65% of the tuberculosis cases in the U.S. occurred among foreign-born people”:

Hepatitis A is another disease that has migrated northward. The Times noted that, according to the Office of Refugee Resettlement, “six cases of tuberculosis and 145 cases of chicken pox were reported” among illegal immigrant juveniles who would later be released into the United States.

In an interview last year with  during the border crisis, Dr. Jane Orient, an internal medicine specialist and the Executive Director of the Association of American Physicians and Surgeons (AAPS), warned that diseases like Norovirus and chicken pox can potentially endanger Americans. And she specifically singled out Tuberculosis as a leading threat.

“Tuberculosis (TB) is the single most dangerous disease because it is highly contagious and can be easily picked up at the mall, at a school, or on the bus,” Orient said. “Cases coming from south of the U.S. border can be very resistant to medications. They don’t respond to traditional antibiotics, and the few drugs they may respond to are often toxic, with lots of side effects.”

Orient said that while legal immigrants have been screened, the illegal immigrant juveniles “have no medical screenings and no vaccine records. They’re likely coming here with a number of infectious diseases that will spread like wildfire.”

In Case You Missed It:  USDA: 69% of total U.S. winter wheat production currently in drought zones… sharp decline in yields right around the corner
Posted in Freedoms and tagged Border, Health And Human Services, Illegal Immigration, Mexico, US Citizen.

‘We Love This Land’: Iraqi Christian Men Fight to Keep ISIS Away From Homes

Athra Kado had never shot a gun before, let alone seen a battlefield. Until recently Kado, 25, spent his young...