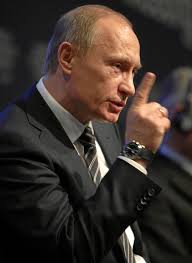 Boris Nemtsov, 55, a prominent Russian opposition leader and the former first deputy prime minister, was shot dead in Moscow Friday evening. Nemtsov’s assassins shot him four times from a passing car, meters away from one of the Kremlin towers and in the shadow of St. Basil’s Cathedral.

Nemtsov was a star politician and a champion of democratic reforms in the 1990s, when some saw him as a possible suuccessor for Boris Yeltsin. He was due to lead a major protest march on Sunday. Just hours before his death he had appeared on a radio program calling on Moscow residents to join a protest against the economic crisis and the war in Ukraine.

He had been working on a report regarding Russia’s involvement in the Ukraine conflict, which the Kremlin denies.

“They have started to kill ‘enemies of the people,’” the former opposition member of Parliament Gennady Gudkov posted on Twitter. “Mr. Nemtsov is dead. Who is next?”

President Obama condemned the “brutal murder” of Nemtsov, in a statement from the White House Friday.

“We call upon the Russian government to conduct a prompt, impartial and transparent investigation into the circumstances of his murder and ensure that those responsible for this vicious killing are brought to justice,” Obama said. “Nemtsov was a tireless advocate for his country, seeking for his fellow Russian citizens the rights to which all people are entitled.”

Obama recalled meeting with Nemtsov in Moscow in 2009 and praised his “courageous dedication to the struggle against corruption in Russia.”

In Case You Missed It:  Neurologist explains why vaccinated people are still contracting and spreading COVID-19 at a high rate
Posted in Freedoms, Tyranny and tagged Freedom, Obama, Russia, Vladimir Putin.

(CNSNews.com) – When asked to do so at a Thursday press briefing, Homeland Security Secretary Jeh Johnson failed to cite...