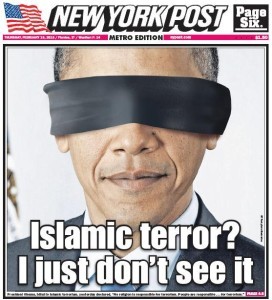 Much to the chagrin of Barack Obama, recent events in Washington, D.C. make clear two important facts about American politics:

1. The reported death and burial of conservatives in the US Congress has been greatly exaggerated, and

2. Implementation of Presidential tyranny via a cell phone and pen is not limitless—there are actions that Congress can take to counter a lawless renegade occupying the Oval Office.

The first lesson that Obama was forced to swallow involved the speech by Israeli Prime Minister Benjamin Netanyahu to a Joint Session of Congress. Obama bitterly opposed the speech and made every effort to discredit Bibi and sabotage his message concerning the absurdity of the Obama-Iran nuclear “deal” as reported in the media.

Obama found that his hallowed pen and phone were helpless in preventing the truth from being spoken before Congress. Thanks to the efforts of House Speaker John Boehner, Bibi was warmly received on Capitol Hill and his message was delivered amid numerous standing ovations and robust applause of appreciation.

Bibi’s triumphant delivery was followed up by a letter from 47 Republican Senators to Iran’s Supreme Leader which apprised the Iranian leader of the fact that any commitment made by Barack Obama would have to be approved by the US Senate in order to be law; and that any deal not so approved could be easily withdrawn at the behest of subsequent US Presidents.

In other words, the GOP Senators cautioned, beware of any promise that Obama might make regarding, “If You Like Your Nuclear Program, You Can Keep It!” because he is not authorized to make any such commitment without Congressional approval!

Naturally, when news of the Senate Missive was made public, liberal Dems and the White House went ballistic with rage!

How dare the Congress usurp the President while delicate negotiations with the terrorist state were still in process? How vile of Republicans to undercut the power and authority of the sitting tyrant!

In much the same fashion as they moaned over the violation of “protocol” with the Bibi speech invitation, liberals and the White House railed against “traitorous” actions by the 47 Senators while appealing for a return to the orderly execution of affairs in a civilized nation of laws.

America’s weak and confused President has acted in defiance of the Constitution and Congress in matters involving immigration and the 2nd Amendment, and has made known his interest in using presidential decrees to unilaterally raise taxes!

Forget protocol, and a civilized nation of laws.

Barack Obama has declared all-out war on America and our Constitution!

He must be stopped and made to understand that it takes more than a cell phone and pen in the hands of an anti-American Marxist to destroy American democracy!

Russia’s former deputy Prime Minister, was shot in the back four times on a bridge in the shadow of the...