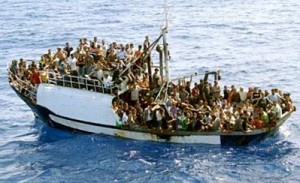 New statistics released by a senior German academic confirm previous forecasts suggesting the majority of so-called Syrian refugees coming to Europe are functionally illiterate and have no hope of joining the job market.

That almost two thirds of Syrian refugees are illiterate is a major stumbling block to integration in their new homes in Europe, and the majority will never enter the labour market, according to the “harsh” claims of professor Ludger Wößmann of the University of Munich.

Speaking in an interview with Zeit magazine, the professor admits there are no definite statistics on literacy of migrants arriving yet, but combining knowledge of migrants already arrived and Organisation for Economic Co-operation and Development surveys of the nations where refugees come from paints a bleak picture.

In a blow to German manual workers, the professor also suggested the only hope to get many migrants working and off welfare programmes is to suspend the minimum wage for them. He batted off the suggestion doing so would be harmful to the “dignity” of migrants, as leaving them unemployed would be worse. He made no mention of the dignity of native workers undercut by imported labour.

Responding to the idea that education was the key to successful integration of refugees, as postulated by Federal Education Minister Johanna Wanka, professor Wößmann said the fundamental lack of basic skills made bringing migrants up to speed quickly near impossible. Even at a young age, a “Syrian eighth grader in middle school is five years behind their peers at German schools”.

When challenged by Zeit that his comments were “harsh” on migrants, professor Wößmann stated it was not his comments that were the problem, but rather the “hard numbers” and that Germans had to be realistic about the problem facing them. He said: 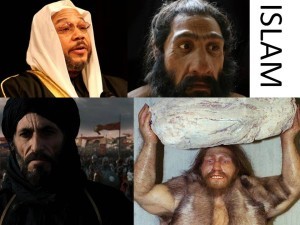 “We have to prepare ourselves for the fact that the majority of young refugees will fail a three-year full time training course with a high proportion of theoretic content. According to the Chamber of Commerce of Munich and Upper Bavaria, 70 per cent of trainees from Syria, Afghanistan and Iraq who started lessons more than two years ago have already dropped out”.

The professor’s comments come just weeks after leaked internal figures from the German Federal Employment Agency sounded alarm bells over the educational attainment of migrants coming to Germany, and the enormous predicted growth in the welfare bill.

As reported by Breitbart London, the federal government estimated some 80 per cent of migrants had no qualifications whatsoever, and only eight per cent had academic qualifications.

Sweden, Europe’s greatest benefactor toward Syrian refugees, is moving to tighten its borders as 2016 rolls in. “We’re willing to...