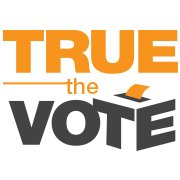 Remember ACORN? While the infamously corrupt organization may have dissolved years ago, its handiwork still lives on. You may recall in 2008 when the group boasted that it helped submit 1.3 million voter registrations. In Ohio alone, ACORN claimed almost 250,000. Well, eight years later, TTV is still finding bogus Buckeye registrations. This week, we announced the successful removal of more than 1,000 duplicate voter registrations in Cuyahoga and Columbus Counties. When Cuyahoga officials were reviewing our work, they offered an additional data point — confirming that nearly a third of all records in question were furnished by ACORN or Organizing for America.

In a statement circulated this week, TTV Founder Catherine Engelbrecht noted, “While many voter records may become duplicated due to data management breakdowns, you have a different issue entirely when nearly a third of the irregularities show a pattern of intentional forgery. Americans working in the polls and casting ballots must be extra vigilant this year to help spot irregularities that can throw an entire election into question.”

When you go to vote in a primary or general election this year, make sure your name is only listed once – it’s the fastest way for you to take control of the situation and see it resolved.

More than a thousand voter registrations removed in Cleveland, Columbus

Upon receipt of True the Vote’s research, 711 duplicate voter registrations were removed in Cuyahoga County, while 465 sets were processed in Franklin County.

“Because of Ohio’s consistent role as a decisive swing state in America’s elections, it has a duty to ensure that its voter records are in the best shape possible,” True the Vote Founder Catherine Engelbrecht said.“Having duplicate voters in Ohio’s poll books not only creates confusion at the polling place, but raises the possibility of fraudulent double voting. The Buckeye State has recently seen first-hand just how far some are willing to go to see their candidate or cause win.”

Roughly 30 percent of voters registered twice in the Cleveland area evidenced falsified birthdates, Social Security Numbers and other identifiers, originally submitted by Democratic-leaning organizations (i.e. ACORN, Field Works, The Strategy Network, Organizing for America), according to the Cuyahoga County Board of Elections. Each confirmed duplicate voter registration was subsequently purged or merged into an existing, verifiable record.

“While many voter records may become duplicated due to data management breakdowns, you have a different issue entirely when nearly a third of the irregularities show a pattern of intentional forgery,”Engelbrecht said. “Americans working in the polls and casting ballots must be extra vigilant this year to help spot irregularities that can throw an entire election into question.”

The Association of Community Organizations for Reform Now (ACORN) held a well-established track record of supplying local election officials with questionable voter registration forms across Midwestern and other political battleground states for years. The organization boasted more than 1.3 million voter registrations submitted in 2008 alone. After its formal dissolution, 18 employees were convicted or admitted guilt to committing election crimes. Significant amounts of their work were officially questioned:

Although True the Vote does not have authority to lay citizen challenges on voter registration files, it is allowed to review maintenance records held by the counties in question, according to public inspection rights under the National Voter Registration Act. As of this release, TTV has been notified that thousands of duplicate voter registration pairs have been removed in a similar effort in North Carolina.

True the Vote originally brought a federal lawsuit against the State of Ohio in August 2012 over allegations of voter roll maintenance failures, finding three counties with more registered voters than voting-age residents. The suit ended in a favorable settlement agreement in January 2014 with measurable reductions in bloated voter rolls sustained thereafter.

True the Vote (TTV) is an IRS-designated 501(c)(3) voters’ rights organization, founded to inspire and equip voters for involvement at every stage of our electoral process. TTV empowers organizations and individuals across the nation to actively protect the rights of legitimate voters, regardless of their political party affiliation. For more information, please visit www.truethevote.org.

VoteStand is now available for both iOS (Apple) and Android devices free of charge. For more detailed technical information, visit the official VoteStand website at www.votestand.com.

The occupying Turkish Erdogan regime continues to severely repress Byzantine culture. The land which is today known as Turkey is...