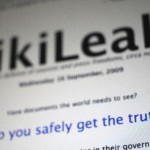 On July 8, 2016, 27 year-old Democratic staffer Seth Conrad Rich was murdered in Washington DC. The killer or killers took nothing from their victim, leaving behind his wallet, watch and phone.

Shortly after the killing, Redditors and social media users were pursuing a “lead” saying that Rich was en route to the FBI the morning of his murder, apparently intending to speak to special agents about an “ongoing court case” possibly involving the Clinton family.

On Tuesday Wikileaks offered a $20,000 reward for information on the murder of DNC staffer Seth rich.

Now this…
Julian Assange on Tuesday exposed that Seth Rich was his Wikileaks informant.

Julian Assange on Dutch television program Nieuwsuur said that Seth Rich was the source for the Wikileaks-exposed DNC emails and was murdered.

Julian Assange: Whistleblowers go to significant efforts to get us material and often very significant risks. As a 27 year-old, works for the DNC, was shot in the back, murdered just a few weeks ago for unknown reasons as he was walking down the street in Washington.

Reporter: That was just a robbery, I believe. Wasn’t it?

Julian Assange: No. There’s no finding. So… I’m suggesting that our sources take risks.

In Case You Missed It:  Seth Rich Refuses to Stay Buried
Posted in Freedoms and tagged Clinton, murder, WikiLeaks.