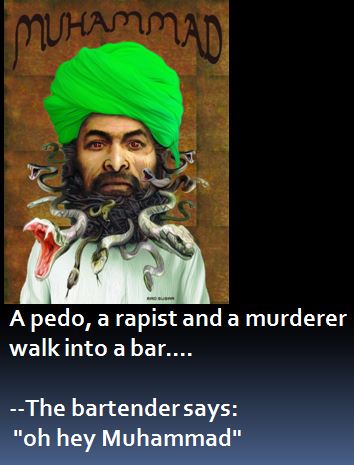 Europeans have been backed into a corner by an Islamic invasion which is being deliberately orchestrated by globalists. Now they are realizing enough is enough and it’s time to fight back. This is just the start.
The Muslim first blocked all the roads in Omonoia Square . One of Greece’s biggest soccer fan clubs is located in the same spot. Greek fans tried to get there and they blocked by the Muslims. Some of them began to throw rocks and that’s all….Greeks fought back to get their territory back from these Muslim savages. What looked to be a reasonable response considering there was a uninvited horde of migrant parasites blocking the streets.
Riot police in Athens had to intervene in clashes between Greek soccer club fans heading for a game that have had enough of refugee crime spree. Greek police were trying to contain the Pakistani sycophants, the Greeks who were outnumbered 4 to 1. The Muslim Pakistani community was celebrating a terrorist; marking the founder of the terror religion founder Mohammed’s birthday. Tear gas and stun grenades had to be deployed to gain order.

Brief but ferocious clashes happened in the center of the Greek capital on Sunday, AP reported. While there have been no serious injuries or arrests, law enforcement had to use tough anti-riot methods to stop the violence. A video from the scene shows utter mayhem in the street as Greeks stood up to terrorism and trampled on Islamic flags, while Pakistanis were fighting back. They say “when in Rome, do as the Romans do” … Pakistanis are in Greece.

Members of the local Pakistani community were celebrating the birth of the terrorist founder of Islam Mohammed with a procession in one of the squares in downtown Athens. At the same time, supporters of the Thessaloniki PAOK soccer club were in the area, heading for a league game.

Escorted by police to a sporting venue, the fed up Greeks began yelling at the terrorist supporters and attacked them, AP reported. There were around 200 fans, while some 800 people took part in the Muslim march, according to local media.

This what happens when Greece imports pedophiles, polygamists and theophobic rapists into their country. The Greek population apparently doesn’t share the same view of these backwards invaders as its politicians do.

The fake-Greek politicians allowed these barbarians in without the permission of Greek people. All these illegal immigrants would never allow their own ethnic countries to be filled and taken over by foreigners. The fake-Greek politicians should be brought to trial by a patriotic military court and once found guilty of their crimes against the Greek people should be executed and have all their assets both in Greece and worldwide confiscated (including assets of their relatives and friends).

Revolution is coming to the west, not only to purge the uninvited BUT those who let them come.

Is there a cure for the disease that is Islam?

There is no doubt that over history and especially today the religion of Islam has been a cancer on humanity....