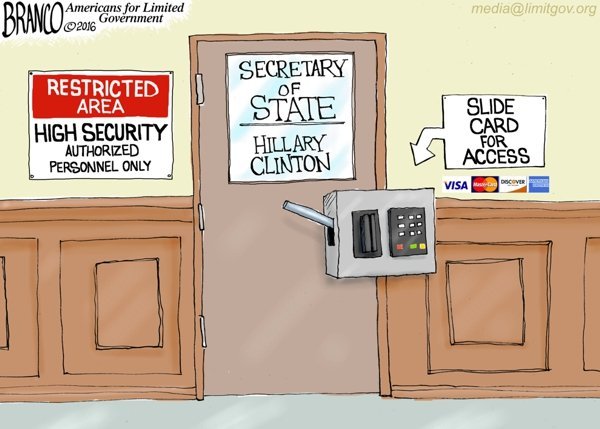 government’s controversial approval of the Uranium One deal,  NBC News reported on Thursday.

Uranium One, a Canadian mining company with major U.S. holdings, was sold in 2010 to a Russian firm. Before the sale could go through, it needed approval from nine U.S. agencies, including the State Department. Because some of the people who stood to benefit from the sale were Clinton Foundation donors, conservative media and other critics of the 2016 presidential nominee have alleged a quid-pro-quo.

There were allegations of corruption surrounding the process under which the U.S. government approved the sale. But no charges were filed. While Clinton has vehemently denied that she did anything wrong, a fresh round of reports in recent months from The Hill and Circa News suggests that there is more to this case than meets the eye.

An October report revealed that the FBI started gathering evidence in 2009 of Russian officials engaged in bribery, kickbacks, extortion, and money laundering that were involved in the Uranium One deal: Federal agents used a confidential U.S. witness working inside the Russian nuclear industry to gather extensive financial records, make secret recordings and intercept emails as early as 2009 that showed Moscow had compromised an American uranium trucking firm with bribes and kickbacks in violation of the Foreign Corrupt Practices Act, FBI and court documents show.

They also obtained an eyewitness account — backed by documents — indicating Russian nuclear officials had routed millions of dollars to the U.S. designed to benefit former President Bill Clinton’s charitable foundation during the time Secretary of State Hillary Clinton served on a government body that provided a favorable decision to Moscow, sources told The Hill.

Rather than bring immediate charges in 2010, however, the Department of Justice (DOJ) under Obama continued investigating the matter for nearly four more years, essentially leaving the American public and Congress in the dark about Russian nuclear corruption on U.S. soil during a period when the Obama administration made two major decisions benefiting Putin’s commercial nuclear ambitions. Current Special Counsel Robert Mueller, who is investigating alleged and unproven claims of “collusion” between the Trump campaign and Russian officials, was the acting FBI director at the time of the investigation into the Russian officials who were engaged “in a bribery scheme aimed at growing their atomic energy business inside the United States.”

Both men now play a key role in the current investigation into possible, but still unproven, collusion between Russia and Donald Trump’s campaign during the 2016 election cycle. McCabe is under congressional and Justice Department inspector general investigation in connection with money his wife’s Virginia state Senate campaign accepted in 2015 from now-Virginia Gov.

Terry McAuliffe at a time when McAuliffe was reportedly under investigation by the FBI. The connections to the current Russia case are many. The Mikerin probe began in 2009 when Robert Mueller, now the special counsel in charge of the Trump case, was still FBI director. And it ended in late 2015 under the direction of then-FBI Director James Comey, whom Trump fired earlier this year.

Why is this significant? That sale gave Russia, a potential nuclear foe, defacto control over 20% of the U.S.’ uranium supply. Let that sink in for a minute.

Then there’s this: The CFIUS that approved the Rosatom deal had two key members: Then-Secretary of State Hillary Clinton, who in a clear conflict of interest materially benefited from the deal, and Attorney General Eric Holder, the man responsible for slow-walking the investigation into Russian nuclear racketeering.

And these donations weren’t just peanuts.

The Clintons and their foundation raked in a cool $145 million in donations and “speaking fees” just from Uranium One- and Rosatom-affiliated donors while Secretary of State Hillary Clinton was supposedly keeping all Clinton Foundation business at “arm’s-length.” As we reported in July, Clinton official emails show extensive connections between Hillary, the Clinton Foundation and donors during her time as secretary of state, a kind of criminal conga-line of people asking for favors from Hillary and donating to the foundation.

Peter Schwiezer, the author of “Clinton Cash,” questioned this “spontaneous outbreak of philanthropy among eight shareholders in Uranium One” who “decide now would be a great time to donate tens of millions of dollars to the Clinton Foundation.”

Nor was this just a Russian thing. It was a much-broader pay-for-play scheme by Hillary Clinton. Consider this: Of the 154 private interests that were given official access to Hillary Clinton during her tenure at the State Department, at least 85 donated to the Clinton Foundation or a program affiliated with it. The secretary of state’s office in Foggy Bottom might as well have had “For Sale” painted on it.

That the Clintons and their eponymous foundation got away with their corrupt arrangement for so many years without interference or censure speaks to a deep political corruption in the Obama administration. It’s strange that an investigation continues into the inconsequential ties between the Donald Trump campaign and Russian officials, while solid evidence of bribery of the Clinton family by the Russians and many others is completely ignored. 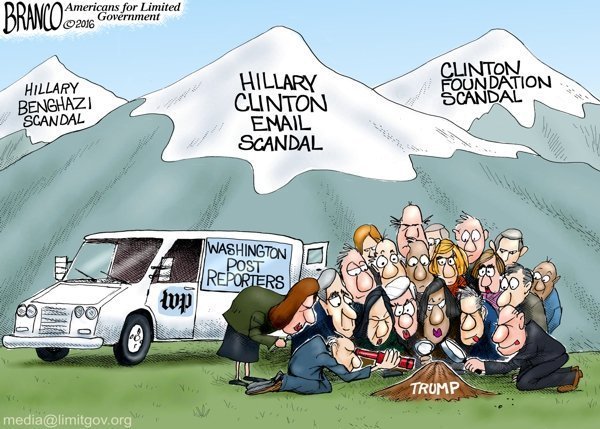 In Case You Missed It:  Trump Announces Launch of His Own Social Media Platform That Will “Fight Back Against the Tyranny of Big Tech” – CLICK TO JOIN THE WAITING LIST
Posted in Tyranny and tagged Clinton, Crime.

Taxpayers could see the benefits from Republicans’ tax reform as early as February, one tax expert says. “Certainly early next...