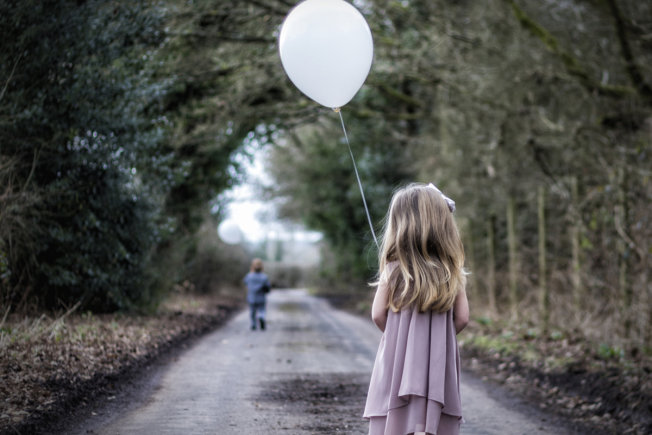 First it was gays and lesbians. Then it added bisexuals. Then it added transgender. Then it added a host of other letters and numbers including but not at all limited to Q (queer), 2 (two-spirit), I (intersex), A (asexual) and P (pansexual). Now another group is asking for inclusion into the LGBT alphabet soup, and that is pedophiles:

Pedophiles are rebranding themselves as “MAPs” or “Minor Attracted Persons” in an effort to gain acceptance and be included into the LGBT community, according to several reports from LGBT news sites.

These pedophiles seek to be a part of the LGBT+ community, even going so far as to make a “Pride” flag for Gay Pride Month.

The “MAP/NOMAP community” tries to pull at people’s heartstrings by claiming that pedophiles are misunderstood marginalized people, and that as long as their attraction to children is not acted upon — or in some cases when they get permission from the child — that they should not be villainized.

Sites such as “The Prevention Project” claim to be aimed at helping children, posting quotes like the one below, reminiscent of testimonials of struggling gay youth, under headlines like “everyone needs support”.

Many blogs exist on Tumblr showing support for MAPs, claiming that they should be a part of the LGBT community and attempting to create “safe spaces” for these “minor attracted persons”. The blog “Pedophiles about Pedophilia” also presents many sob stories of “marginalized” pedophiles in pretty pastel colors, claiming that they mean no harm and just want to be loved like everyone else as shown in such headlines as “Why Pedophilia And Pedophiles Are Not A Risk To Children”, “Growing Up A Pedophile” and “How I came out as an anti-contact pedophile to the woman I love”.

This name change seems to follow in the liberal trend of rebranding things by giving them more “politically correct” names, but is the next step really normalizing pedophilia? (source)

There is nothing good that can be said about pedophilia. However, in this case, the pedophiles are correct and right to demand inclusion with the LGBT because they are the natural extension of their sodomitic cousins. Homosexuals abuse children at disproportionately higher rates, and is not rooted in gentive functions, but in fulfillment of one’s bases impulses with no explicit genitive purpose.

Pedophilia is, most accurately defined, a sexual attraction to children before puberty. Ephebophilia is the same attraction, but to teenagers, and if one wants to be specific, from 15 to 19. Hebephilia is between pedophlia and ephebophilia, meaning attraction to people in their early teenage years, so from the onset of puberty to age 14.

In a biological and historical sense, puberty marks the transition to sexual maturity, at which point a man can father a child and a woman can conceive a child, and in many cultures, this would be a time for parents to begin to look for a spouse for their children. This can begin as low as age 14, and is the reason why in the USA the states of Alabama and Utah still have laws permitting marriage with parental consent at this age. It is the reason for the quinceanera in Hispanic cultures, and for the “sweet sixteen” in the Anglo-Saxon world, because while there are slight differences in ages, all recognize the transition from a child to an adult and so mark this passage.

The distinction between pedophilia (pre-puberty), hebephilia (start of puberty to 154), and ephebophlia (15 to 18) is important because it is in this order that the homosexual agenda will proceed to push for the legalization of child abuse.

Recall last year when Dennis Prager, the famous figure of American conservatism in an interview with David Rubin, said that there was a difference between homosexual sex between a fifteen year old and an eight year old:

Now, if one wants to get technical, Dennis Prager is, by strict definitions, correct. Attraction to a fifteen year old is ephebophilia, while attraction to an eight-year-old is pedophilia.

However, the issue is not one of definitions. As always the sickness is found in the details, and I am not speaking about the issue of homosexuality, which is the obvious evil present here.

If ephebophilia is between 15 to 18, why did he say 15? Why not 17, as there are many laws which say that 17 year olds can have relations, depending on the state, with persons of “legal” age? Likewise, why did he not say 14, because while some people start puberty earlier, most people have reached puberty by the age of 14?

Why choose 8? Everybody knows that sex with an 8-year-old is pedophilia.

The reason is because of the Hegelian dialectic.

What Prager did was very skillful in a crafty, evil way. By him saying “fifteen not eight,” he will then respond to his critics who rightfully accuse him of legitimizing child abuse by saying that he’s against “pedophilia,” but that people of a certain age have “reason.” The goal of this, as with all revolutionaries, is to “open a conversation” about homosexual ephebophilia with the purpose of legitimizing it by saying it can be acceptable “in certain cases.”

This is not a fast or hard push. This is a slow convincing of people, just like with the Gay Manifesto, that certain forms of deviant, sinful behavior are acceptable and to oppose them is socially inappropriate in spite of the fact that he behavior itself is evil. It is to move the boundaries of social discourse itself through mutual compromise in order to repeat the entire pattern again at a later date. This is the Hegelian dialectic, that side 1 with idea A confronts its direct opposite side 2 with idea B, when presented in conversation, agree to modify their views to accept resolution C, at which point side 1 begins to espouse idea D which is the direct opposite of resolution C that side 2 now holds. After discussion, side 1 and side 2 agree upon resolution E, at which time side one then takes up the opposing idea F and repeats said pattern again. The result of this will be that side 1 will eventually through compromise and consent get side 2 to accept all of his original propositions because side 1 was never actually agreeing to compromise about anything- he was merely lying in order to get a resolution so he could argue ad infinitum until he got what he wanted, which was to get power over side 2.

It is good to argue and attempt to resolve issues with people in society. However, there must always be “hard limits” because there are some people who would say anything and do anything in order to eventually compel another man to accept their views. People may say that the Church is too “judgmental,” but the reason she is so is because truth is absolute and is no subject to discussion or bending. Truth is truth, it either is or it is not, and if one says that truth can change, it is not truth, but license, and if license is truth then truth is but a darwinian contest of wills for power taken by force, and at that point it is in hell.

The normalization of pedophilia is coming, and it is already here. It is beginning with ephebophilia, and will eventually work towards hebephilia, and then finally, pedophilia. The process will take time, but that is never an issue for those who value power over humanity.

In Case You Missed It:  EXPOSED: Wuhan scientists planned to use "skin-penetrating nanoparticles" to unleash "chimeric covid spike proteins" into bats in China
Posted in Freedoms and tagged homosexuality, Liberalism.

Is President Trump A Traitor Because He Wants Peace With Russia?

Is President Trump A Traitor Because He Wants Peace With Russia? The Democrats say he is Paul Craig Roberts The...