Thousands of people marched through Los Angeles to commemorate the anniversary. The most recent genocide of the Armenians began on April 24th, 1915, and 1.5 million Christian Armenians were slaughtered by the Barbaric Muslim Ottoman Turks following their sick Koran book. 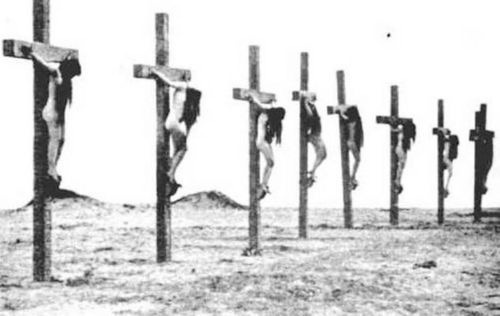 Christian Armenian girls raped and crucified by Muslim Turks during the Armenian Genocide of 1915. At the beginning of 1915 there were about 2 million Armenians within Turkey; today there are fewer than 60,000. Despite the vast amount of evidence, denial of the Armenian Genocide by the Islamic Turkish régimes remains today.

On April 24 Turkish President Recep Tayyip Erdogan, conserered to be a “MODERATE” Muslim by western leaders tweeted about the slaughtered Armenians saying the… Quote:  “relocation” was “reasonable.”

This was a stunning response by the leader of the Turkish regime on the genocide anniversary.

But he wasn’t done yet. The Muslim Turkish President’s official website posted a letter Erdogan sent to the General Vicar of the Armenian Patriarch of Turkey, Aram Ate?yan. The letter was rife with justifications, equivocations, temporal distancing of the crime and a warning.

The AP reported via Sheikyermami.

Turkish President Recep Tayyip Erdogan this week justified the Armenian genocide, arguing that deportation of the Christian group by the Ottoman Empire in 1915 that ultimately led to mass killings was “reasonable.”

April 24 is the anniversary of the genocide, when much of the world honors the over 1.5 million Armenians killed between 1915 and 1923. The Ottoman Empire also ethnically cleansed Turkey of Assyrians and Greeks in that time. Turkey has yet to apologize for the killings or even acknowledge them as a genocide, and its government condemns those who do.

The forced removal of the Armenians was among the various drastic measures the Ottoman Empire took against the group that ultimately resulted in genocide.

The brutal Muslims killed the Armenians for being Christians, the same story is playing out in the Middle East right now.  The bloodthirsty Muslims had no morals, many or the Armenian Girls were killed by vertical impalement. A Pole was hammered into the girls vagina and then erected so that the pole slowly advanced upwards. The slow speed of the pole will move inner organs so that the victim will still be alive when the pole exits the body, sometimes through the mouth, the more suffering the more the psychopath Muslims liked it. 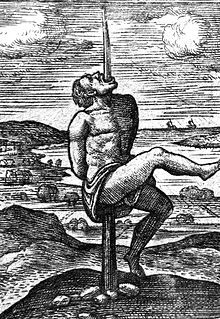 A punishment for being Christians.

An Armenian women testified that she as a child saw 100’s of Armenian women jump of a bridge to commit suicide to avoid something worse then death from their Muslim captors.

The FBI did indeed have proof that the Steele dossier was a fraud when they used it to obtain the...