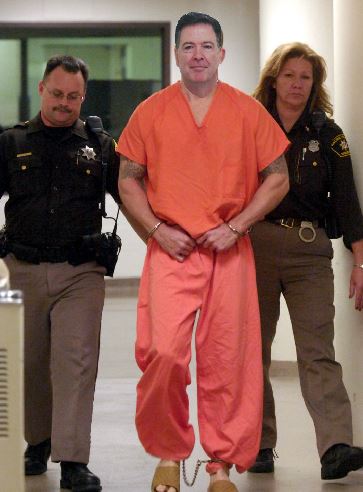 Former US Attorney of the Eastern District of Texas and Congressman John Ratcliffe (R-TX) joined Maria Bartiromo this morning on Sunday Morning Futures.

During their discussion Ratcliffe told Maria Bartiromo that fired FBI Director James Comey is under investigation for violations of the espionage act.

Rep. Ratcliffe:  as I listen to that, Jim Comey is proud and wouldn’t change a thing? Really? He’s proud that he put Peter Strzok in charge of investigating Donald Trump? The same Peter Strzok who, while he was investigating Donald Trump, promised to “f*ck” him and to “stop” him? He’s proud of his hand-picked deputy director, Andrew McCabe who lied under oath; lied to the inspector general, and has been criminally referred for that?

And we know Jim’s proud of himself, but the inspector general found him insubordinate, and many of us believe that he either is or should be under investigation for violating the espionage act; for recording his conversations with President Trump in the oval office, and then intentionally leaking classified information to start this investigation”…

In Case You Missed It:  SHOWDOWN: Biden Regime to Release Info on Trump and Jan. 6 to Congress – Trump to Cite “Executive Privilege”
Posted in Tyranny and tagged Crime, FBI.

Authored by Tom Ozimek via The Epoch Times, FBI investigators have found an Islamic training compound in Alabama linked to a group of...