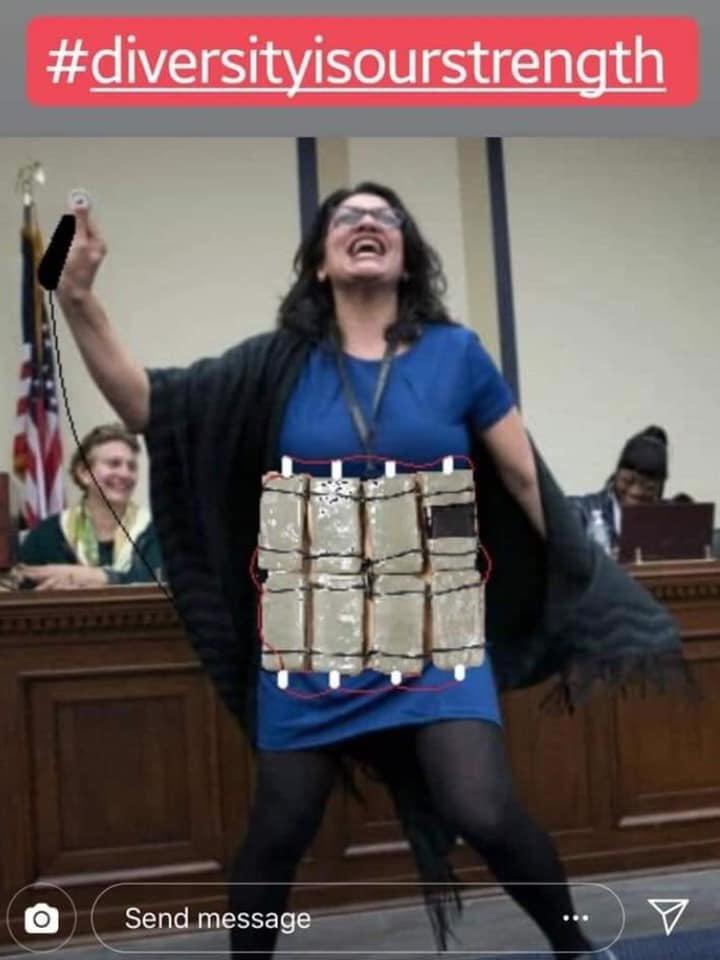 Democrat darling Rep. Rashida Tlaib (D-MI) told the podcast “Skullduggery” that when she thinks of the Holocaust she gets a calming feeling knowing her ancestors helped create a safe haven for Jews.

Rashida Tlaib: “There’s always kind of a calming feeling I tell folks when I think of the Holocaust, and the tragedy of the Holocaust, and the fact that it was my ancestors — Palestinians — who lost their land and some lost their lives, their livelihood, their human dignity, their existence in many ways, have been wiped out, and some people’s passports. And just all of it was in the name of trying to create a safe haven for Jews, post-the Holocaust, post-the tragedy and the horrific persecution of Jews across the world at that time. And I love the fact that it was my ancestors that provided that, right, in many ways. But they did it in a way that took their human dignity away and it was forced on them.”

During World War II the ‘Palestinian’ Grand Mufti met with Adolf Hitler and allied himself with the Nazis.

So the ‘Palestinian’ Muslim leader at the time was supporting the elimination of Jews — this is just the opposite as Rashida Tlaib sees it.

It should be clear by now that between Tlaib and fellow Democrat Ilhan Omar the Democrat Party is no longer the party that supports Jews or Israel.

On Monday President Trump blasted the controversial Democrat over her disgusting comments.

Democrat Rep. Tlaib is being slammed for her horrible and highly insensitive statement on the Holocaust. She obviously has tremendous hatred of Israel and the Jewish people. Can you imagine what would happen if I ever said what she said, and says?

Former US Attorney of the Eastern District of Texas and Congressman John Ratcliffe (R-TX) joined Maria Bartiromo this morning on Sunday Morning...