In a fall from his pedestal, from living in multi million dollar homes and having his own luxury jet, Avenatti’s next home appears it will be cold concrete walls in a maximum security prison. 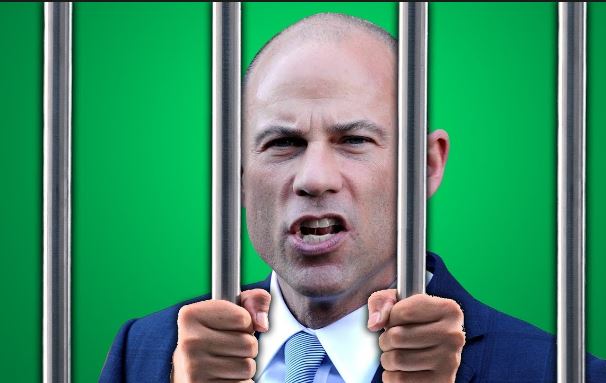 CNN alone featured Avenatti a staggering 121 times plus he was the liberal idol.

Now he has been charged with numerous crimes, including tax evasion, fraud, and stealing money from clients—including scamming a paraplegic man out of a $4 million settlement.

The California State Bar, which oversees discipline for all California-licensed attorneys, issued a “consumer alert” Monday evening concerning Michael Avenatti, saying it was moving to suspend him from the practice of law because his alleged conduct “poses a substantial threat of harm to clients or the public.

The sudden development further accentuated Avenatti’s dramatic public fall from grace — he was once celebrated in liberal media circles as a potential challenger to President Trump — as he faces numerous federal criminal charges in both California and New York courts for allegedly trying to blackmail the clothing giant Nike, impersonating a client, misappropriating client funds for personal purchases, and related matters.

“The State Bar of California has filed a petition to enroll this licensee on interim inactive status, alleging that the licensee’s conduct poses a substantial threat of harm to clients or the public,” the State Bar said on its website, noting Avenatti is presumed innocent but that it expects to ultimately disbar him entirely from the practice of law

“The petition involves a charge that the licensee engaged in a major misappropriation of client funds.”

Reached by Fox News late Monday, Avenatti responded, “The action by the CA State Bar is nothing more than a ‘pile-on’ and was entirely expected in light of the pending charges.

I offered to cooperate with the Bar and instead they decided to issue a press release as a stunt. I look forward to being fully exonerated by the facts.”

“Mr. Avenatti is the Bernie Madoff of attorneys. He belongs disbarred and behind bars.”

In its meticulous 573-page petition to initiate Avenatti’s involuntary suspension filed in State Bar Court, the State Bar focuses primarily — but not exclusively — on the case of former Avenatti client Gregory Barela, who has alleged the celebrity lawyer illegally withheld settlement funds in a “Ponzi-like” scheme and then repeatedly lied about it. 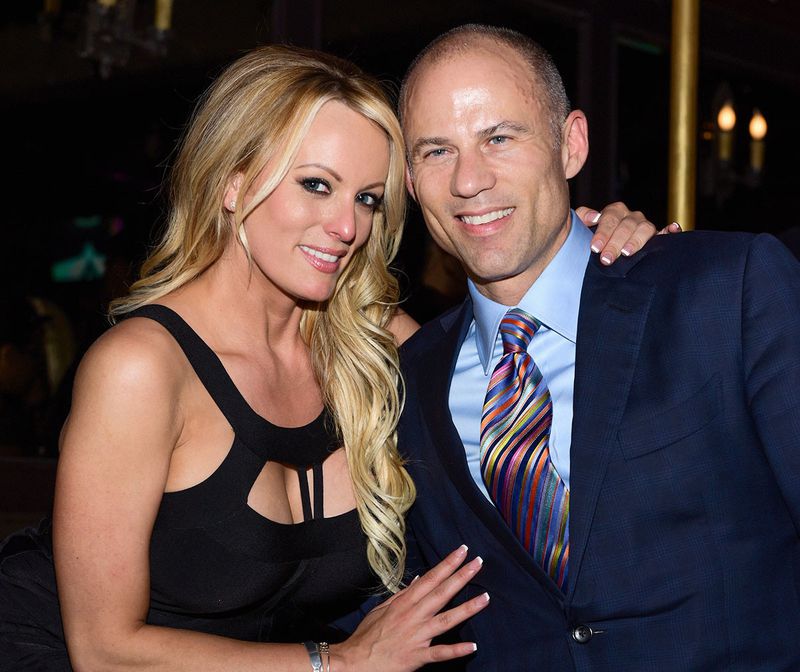 Text messages and email conversations between Avenatti and Barela, exclusively obtained by Fox News earlier this year, documented the client’s persistent efforts for several months last year to locate and obtain the funds pursuant to a settlement agreement, which resulted from the client’s intellectual property dispute with an out-of-state company.

And financial documents reviewed by Fox News show that the money had been wired to an account designated by Avenatti on Jan. 5, 2018, but that Avenatti continued to dodge increasingly frantic questions from the client as to where the funds were.

The state bar said the evidence against Avenatti was “clear and convincing” in the case, and that Avenatti had provided no defense or even response to the bar’s investigators. The petition noted he now has 10 days to request a hearing, or will permanently waive that right.

“We are grateful that the California State Bar has taken action to investigate and suspend Mr. Avenatti from the practice of law,” attorney Steven Bledsoe, who represents Barela in his civil case against Avenatti, told Fox News. “Mr. Avenatti has stolen money from multiple clients, violated their trust, and should never be allowed to practice law again.

“Mr.Avenatti’s falsification of Mr. Barela’s settlement agreement and theft of his settlement money appears to be the tip of the iceberg,” Bledsoe continued. “We did not file the complaint with the California State Bar until we had proof that Mr. Avenatti had stolen Mr. Barela’s settlement money. Since that time, several more clients of Mr. Avenatti have discovered that he has stolen money from them also. This is a very sad situation, but we are gratified that the State Bar is pursuing the appropriate disciplinary action of suspension and disbarment.”

Bledsoe concluded: “Mr. Avenatti is the Bernie Madoff of attorneys. He belongs disbarred and behind bars.”

In March 2018, according to the statement of claims in Barela’s pending civil arbitration filing against Avenatti, Barela visited the Eagan Avenatti law firm in Newport Beach, Calif., to ask about the settlement money — only to see two attorneys who work with Avenatti, John Arden and Ahmed Ibrahim, allegedly try to keep quiet about it.

In an email dated April 5, 2018, and reviewed by Fox News, Barela wrote to Avenatti that he would “like to discuss my options for collections” on the settlement funds.

Ten days later, Barela again sought Avenatti’s advice on the “status” of the transfer, and “next actions” to take if the funds were not collected.

On May 7, 2018, Barela wrote that if the company “does not pay soon,” he might “need a little help” financially from Avenatti. On May 15, Barela again asked if the company had “respond[ed] or paid.” Barela also noted in one conversation that he was planning to host a watch party at his home for an upcoming Avenatti appearance on “60 Minutes.”

After several advances of funds from Avenatti, on Oct.10, 2018, Barela wrote, “I was hoping to have an update” on the settlement funds and “get our money.” He tells Avenatti, “I need 8K by Tuesday or I’m in deep sh**,” and on Oct. 22, he emailed a dire assessment.

“Michael, I was waiting for your call and I know you get busy,” Barela wrote on Oct.

22. “I send updates like this so you don’t have to dig up old emails. I know your [sic] under pressure so let’s discuss what you can or can’t do? … Just so you know I am in real financial trouble and am working on trying to get another loan. I am trying to use the [settlement] agreement to secure it. I need to know that we really have the ability to collect and timing to the best of you [sic] opinion.”

The email concluded by asking whether the company had “responded” and “if not what is our next action.”

Avenatti did not disclose that he had received the wire transfer in his conversations with Barela, according to Barela’s attorneys and a review of emails between Avenatti and Barela, stretching throughout most of 2018. 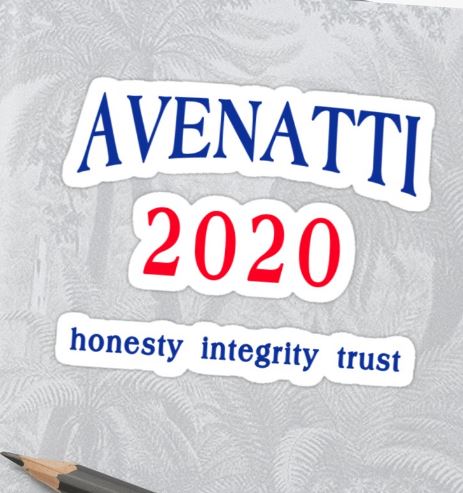 A Democratic Favorite at one time.

In November, Gregory Barela and his wife Talitha Barela hired the law firm Larson O’Brien LLP, which was co-founded by former U.S. District Court Judge Stephen G. Larson, to demand answers. Bledsoe, a partner at the firm, told Fox News that Avenatti has since gone silent  — and that he has the documents to prove wrongdoing.

Avenatti has separately been arraigned on charges that he stole nearly $300,000 from adult film actress Stormy Daniels, the client who rocketed him to national prominence.

He was also arraigned on charges that he tried to extort up to $25 million from athletic apparel giant Nike by threatening to expose claims that the shoemaker paid off high school basketball players to steer them to Nike-sponsored colleges.

In the Nike case, Avenatti is charged with one count of extortion, one count of sending interstate communications with intent to extort and two counts of conspiracy.

In the Stormy Daniels case, he is charged with one count of wire fraud and one count of aggravated identity theft. If convicted on all counts, Avenatti could face a total of 69 years in prison.

Daniels was owed money from a book deal and Avenatti allegedly used a “fraudulent document purporting to bear his client’s name and signature to convince his client’s literary agent to divert money owed to Avenatti’s client to an account controlled by Avenatti,” according to a statement by federal prosecutors.

Liberals loved this criminal, because he is one of them.

The sleazy attorney Michael Avenatti was also arrested  after he beat down an woman he was dating, this guy is beyond scum of the Earth..   Read about his domestic abuse beat down here.

Avenatti also represented a woman against Brett Kavanaugh, the woman claimed to have been gang raped by a line of men waiting their turn that included Kavanaugh, Avenatti claimed this happened numerous times as she kept going back to the gang rape parties, it was later debunked to be a lie. Read about this insane claim here.

Federal agents also allege in another case that the scummy attorney provided false information to get a loan from a Mississippi bank, and defrauded a legal client out of a portion of a $1.6 million settlement. This was linked to his now defunct coffee firm Tully’s.

The L.A. criminal complaint states that Avenatti provided the Peoples Bank in Biloxi, Mississippi, with false federal personal-income tax returns from 2011 to 2013, although “Avenatti never filed personal income tax returns for the 2011, 2012, and 2013 tax years.” 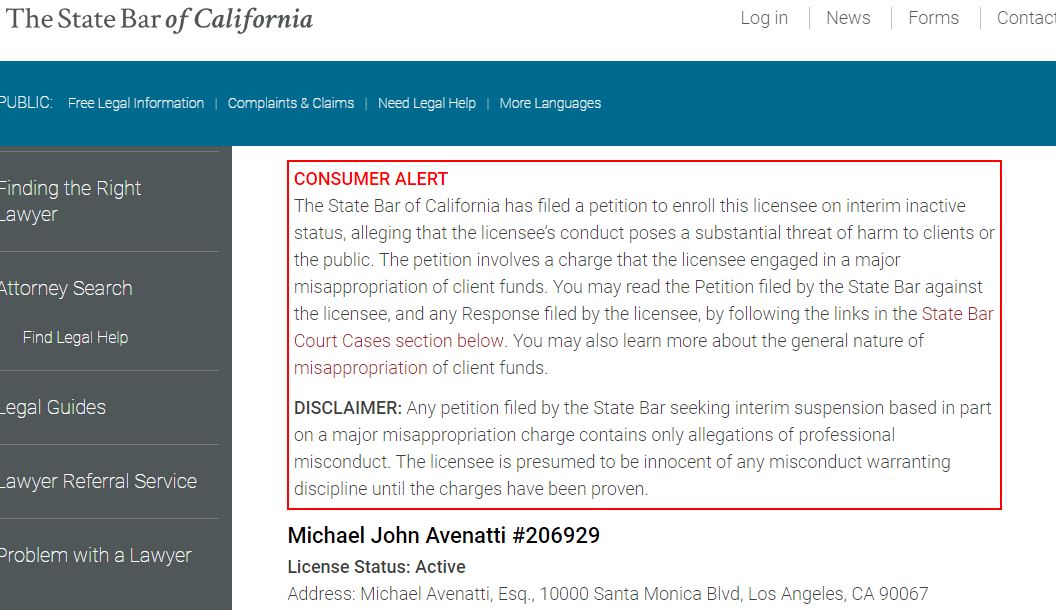 In Case You Missed It:  Covid "booster" shots linked to heart issues, cancers and "astounding decline" in average lifespan
Posted in Freedoms and tagged Crime, Democrat.

A  $19.1 billion disaster aid bill that faced significant opposition from conservative Republicans passed the House on Monday evening by...