At least 70 documented cases of healthy tourist getting a sudden mysterious illness Dominican Republic resorts, the latest in a string of disturbingly similar fatalities. 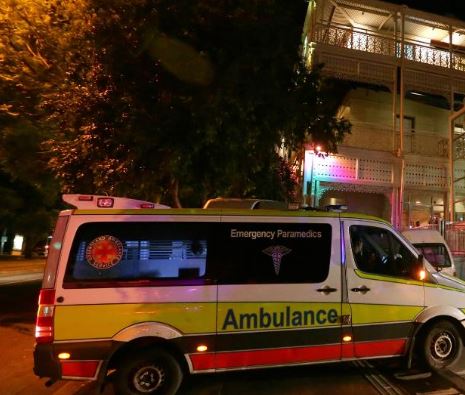 Many of the deaths,  and several other severe illnesses, involve healthy, middle-aged adults who had taken a drink from their hotel room minibar before suddenly becoming gravely sick.

The FBI confirmed to Fox News on Friday that their organization is working with authorities in the Dominican Republic to investigate what appears to be a string of deaths. They are looking into everything, including these deaths are purposely caused by a serial killer, or tainted fillers put in drinks linked to pesticides.

Dawn McCoy who lost her husband in the Dominican Republic said “I started seeing all these other people that were dying of the same exact causes, which made me start to second guess. I no longer feel like my husband died of natural causes,” McCoy told the outlet.

Sorry ppl, but there’s a serial killer working in the #DominicanRepublic. After two recent visits there, I’m done with the DR. God help them and their #tourism business

A number of other tourists died after allegedly having a drink from their hotel’s mini bar. Miranda Schaup-Werner, a 41-year-old Pennsylvania resident, died in her hotel room at the Luxury Bahia Principe in Bouganville last month after drinking something from the mini bar, according to a report from the New York Post. The deceased woman’s family say that she died of pulmonary edema and respiratory failure.

The latest death to be revealed was that of Robert Bell Wallace, 67, of California, who officials said died on April 14 during a stay at the Hard Rock Hotel & Casino in the Dominican resort town of Punta Cana.

Wallace’s cause of death has yet to be determined. But his niece told Fox News that her uncle became unwell shortly after drinking a glass of scotch from the minibar in his room before dying in a hospital three days later.

A number of other tourists died after having a drink from their hotel’s mini bar. Miranda Schaup-Werner, a 41-year-old Pennsylvania resident, died in her hotel room at the Luxury Bahia Principe in Bouganville last month after drinking something from the mini bar, according to a report from the New York Post. The deceased woman’s family say that she died of pulmonary edema and respiratory failure.

Similarly, the sister of a deceased Philadelphia woman, Yvette Monique Short, said that the woman died after staying at the Bahia Principe last year and having a drink from the mini bar, according to the outlet.

Shark Tank star and real estate mogul Barbara Corcoran’s brother, John Corcoran, died of an alleged heart attack in April while vacationing in the Dominican Republic, could he also be a victim?

Most likely cause is poisoning via mini-bar drinks with organophosphate pesticide. Autopsy result of pulmonary edema and one victim's family member recollection of a bad odor are typical findings. There is a serial killer in the #DominicanRepublic https://t.co/b5Qgacnd4U

An employee at one of the hotels has said the FBI has collected drinks bottles out of the hotel rooms mini bars, and are currently doing toxicology tests.  The FBI’s theory is that the drinks have been spiked with something to cause drug induced induced pulmonary edema leading to these deaths. Whether these drinks were spiked intentionally, or from the local moonshine, the poisons involved are most likely insecticides used on crops.

There is some speculation the fatalities could have resulted from paraquat spiked products transferred into beverage containers with medical syringes. It could also be other similar like phosphorous insecticides such as Parathion. 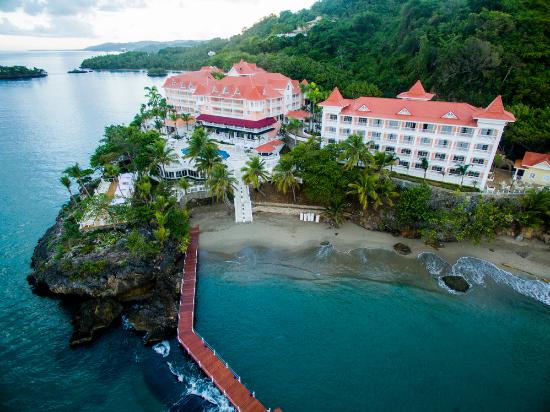 For this kind of poising medical care is needed immediately,  doses of activated charcoal would need to be administered and the victims stomach pumped. Morphine could be provided for esophageal pain as it eats the victims internal organs; as to be intubated to support breathing function.

When discussing the deaths with reporters on June 6, Tourism Minister Francisco Garcia described them as “isolated incidents,” according to CNN.

One Colorado couple who stayed at the Grand Bahia Principe Hotel La Romana last year has filed a suit against the hotel’s owners, CNN reports. Kaylynn Knull, 29, and 33-year-old Tom Schwander both fell ill while staying at the hotel, so much so that they were forced to fly back home earlier than intended. They suspect that they were poisoned by the improper use of insecticides in the hotel, and believe that what they endured may be related to how the other tourists died.

American authorities have been largely tight-lipped on the matter. The U.S. Centers for Disease Control and Prevention, the World Health Organization, and other American and international agencies traveled to hotels owned by Bahia Principe Hotels and Resorts this month to conduct testing, according to Fox News. Some results are expected to be made public as early as Friday.

A serial killer who apparently works at a fairly posh resort in the Dominican Republic is targeting Americans.

In Case You Missed It:  Here we go again: MONKEYPOX is the next “scariant” being unleashed on the world to demand vaccine compliance
Posted in Freedoms and tagged caribbean, Crime, FBI.

When the Chips Are Down, Never Bet Against the US Army