FBI agents are mourning the death of one of the Bureau’s top financial crimes supervisors who shot and killed himself on a crowded nite-club dance floor, according to top FBI insiders.

Salvatore “Sal” Cincinelli, a former Wall Street broker who joined the FBI in 2010, died last week during a night out after an FBI training session, sources said.

Cincinelli was one a supervisory special agent who spearheaded many of the FBI’s high-profile and complex  investigations, including probing the finances of the Clinton Foundation.

After leaving his Wall Street career, Cincinelli was first assigned to the New York field office (SDNY) and later promoted to HQ in Washington, DC.

Cincinelli was reportedly out partying with FBI colleagues at the Container Bar, a trendy watering hole in Austin, TX. 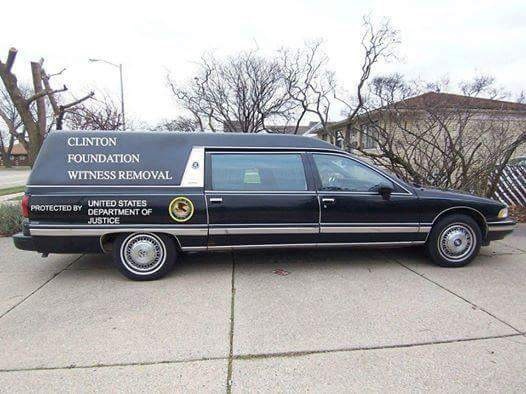 The group had been drinking and dancing, according to sources. Later in the evening Cincinelli reportedly turned the gun on himself on a crowded dance floor. The moment it happened the bartender came out from behind the bar, lifted uphis shirt revealing an FBI vest beneath it. The bartender was pushed out by a “small, very strong woman” also wearing an FBI shirt. They were cleared out quickly and told not to take any photos or video, even outside.

Bar owner Bridget Dunlap did not respond to phone calls seeking details on the incident.

FBI agents on site and police instructed witnesses to delete any video and photographs of the event and cleared out the bar, according to reports. Likewise, FBI officials instructed Austin Police to not release any details of the death to the media, sources confirmed. Witnesses at the nite club were also told to “stay offline” and “keep quiet” about the shooting, sources said.

So sources say he was delusional under a CIA program MK Ultra when he took his life.

MK Ultra was also used to brainwash Frank Rudolph Olson to take his own life. , Olson purposely threw himself out of the window of his tenth-floor hotel room at the Hotel Statler.

Olson’s family told friends that Olson had suffered “a fatal nervous breakdown” which resulted in the fall, the family had no knowledge of the specific details surrounding the tragedy until the Rockefeller Commission uncovered some of the CIA’s MKULTRA activities in 1975.

That year, the government admitted that Olson had been dosed with LSD, without his knowledge, nine days before his death. After the family announced they planned to sue the Agency over Olson’s “wrongful death,” the government offered them an out-of-court settlement of $1,250,000.

The suicide of Salvatore “Sal” Cincinelli was made to be public to take away from the “conspiracy” of the many suicides linked to the Clinton’s.  They could not have just another suicide, a public suicide would appear to be a more legitimate suicide.

Witnesses of his alleged suicide were told to delete records and forget what they saw,  seems like standard Law Imposement procedure.

Seems Legit. Standard protocol for Police to order the destruction of evidence on a crime scene right? And to issue a non court ordered Gag order on witnesses. I mean, people shoot themselves on busy dancefloors all the time, don’t they? Especially FBI investigators who look into financial crimes that the elite are committing. Nothing to see here.

The FBI put out a News Blackout on this incident

It was on the night of the 17th. The next day Jake Tapper tweeted EVERGREEN. Evergreen is an international shipping container firm based in LA. The bar where the FBI agent died is “The Container Bar”.

This all ties to Epstein and the Wall Street Mafia who funds him. The Evergreen ship yard is in the area developed by Ray Chandler’s family.

Chandler is Allison Mack (NXIVM slave-pimp and co-operating witness) times one hundred. She had pics on instagram of her and different major stars and Bill Clinton and people like that. Oh, she had pics from Epstein’s Little St. James Island.

Some conservatives in Congress are denouncing a spending compromise between President Donald Trump and congressional Democrats “that increases spending by...