The nation is gripped with coronavirus panic, but there is also fear about what is going to happen to our freedoms and our economy once the crisis is over. 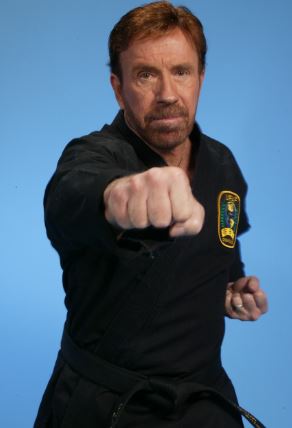 This pandemic has taken its toll on the United States and that is not lost on conservative actor Chuck Norris, who published an Op-Ed for WND on Monday wondering how long it would be until we were under martial law.

The actor said he believes in “being prudent and also being peaceful” but, he added, he had “tough questions” to ask.

Norris said he was concerned by the growing lockdown orders and curfews being enforced by law enforcement limiting citizens’ movements.

“If the need for citizen confinement grows, and the restrictions increase, where does it end? And what excessive burden are we then placing upon law enforcement to corral even half of Americans (150 million)?” he asked.

“And if even the smallest transgression of confinement restrictions ends up being a misdemeanor, how will officials handle tens of millions of them?”.

Norris pointed out that if police are expected to enforce the curfews, they too could become stricken with coronavirus.

And if that were to happen, not only would the hospitals be overrun with police officers, but there would also be fewer people to enforce the lockdown.

But what is more frightening, as Norris stated, is that if the lockdown lasts for five weeks or longer, citizens could fight back.

“How long can we allow Americans, who are a freedom-loving people and patriots, to be under ‘lockdown’ in their own homes without working?” Norris asked.

“Many scientists and specialists are even now calling the federal government to a five-week national lockdown? Do we expect the majority to simply comply? Will they have the resources and wherewithal to go the distance without resistance?

These are frightening questions, but the fact is that American citizens are used to being free and they are now being subjected to draconian restrictions on their liberties.

State governments have taken control of the lives of millions of people, telling us where we are allowed to go, what time we have to be home and whose jobs are essential to the state.

Normally, taking that kind of control of a nation would take a war, but no one fired a shot and we handed over all of our rights.

Virginia Gov. Ralph Northam, who you may remember from his promotion of ninth-month abortions or his blackface scandal, has closed churches in his state.

Is there any American freedom more fundamental than the right to worship when and where we want to?

No one is saying that some restrictions are not needed, but to many, it appears we have given the government too much power too quickly.

Americans are playing along for now, but the question is how much longer are they going to allow these infringements to stand?

And is the government going to “give” all of our rights back after the nation’s mayors and governors have spent a month acting as kings?

That should never be a question we have to ask in America.

But it may be the most important one.

This article appeared originally on The Western Journal.

This week in South Korea, a 97-year-old woman—well into the age group most susceptible to the coronavirus—fully recovered from COVID-19....