This week in South Korea, a 97-year-old woman—well into the age group most susceptible to the coronavirus—fully recovered from COVID-19. 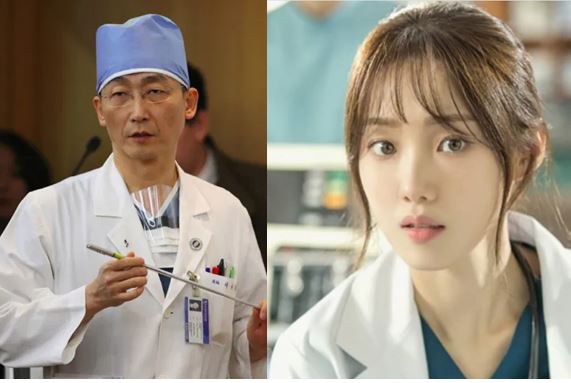 This was one more victory for South Korea, a U.S. ally that is viewed as a success story to the world in combating the coronavirus pandemic.

The small country of South Korea is close to China, a huge nation where the new coronavirus that causes COVID-19 originated. Nevertheless, South Korea succeeded in stopping the spread of the virus and avoided shutting down its economy as the United States and most of Europe have done.

That said, South Korea—a free and capitalist democracy—took measures to curb civil liberties that likely wouldn’t go over well in many Western countries.

Here are five things Americans should know about South Korea’s handling of the coronavirus.

1. What Are the Numbers Out of South Korea?

South Korea had 9,332 confirmed cases of the coronavirus, according to Johns Hopkins University, which measures global cases.

That’s out of a population of 51 million. But the drop in new cases since late January is considered significant.

By comparison, the United States had 97,226 confirmed cases as of Friday, according to Johns Hopkins, out of a population of 330 million.

The Trump administration’s former Food and Drug Administration chief, Scott Gottlieb, said two weeks ago on Twitter that South Korea is a model.

2. How Did South Korea Jump-Start Testing?

South Korea moved in early February to approve diagnostic trials by private companies to develop a test for COVID-19. By the end of the month, the country had established 600 testing sites, including drive-thru testing centers, and was evaluating as many as 20,000 daily.

The first case of COVID-19 in the United States was detected the same day, Jan. 20, as the first case in South Korea. However, the smaller country reacted more quickly.

This was in part because of past experiences with diseases, said Bruce Klingner, senior research fellow at the Asian Studies Center at The Heritage Foundation.

Some media coverage predicted that South Korea would have the second-largest outbreak behind China—prompting 170 countries to impose restrict travel from South Korea, Klingner told The Daily Signal.

There are a number of reasons for the quick South Korea response: realization of the problem, experience from SARS and MERS, putting into place new procedures and legislation, strong presidential statements early, and willingness to give the green light to companies to quickly come up with test kits rather than [a] laborious process like the U.S. did.

With the coronavirus, the United States faced a regulatory maze early on. Government officials relied on the traditional route of the Centers for Disease Control and Prevention, rather than free up the private sector as South Korea did, Reuters reported.

The CDC used a lengthy vetting process and did not approve nongovernmental tests until Feb. 29, about five weeks after the government’s discussion with outside labs began.

Libertarian-leaning Rep. Justin Amash, I-Mich., tweeted last week that too much government was a weakness for the United States.

Last week, the Food and Drug Administration approved a test to detect the coronavirus in 45 minutes, but South Korea already has a 10-minute kit.

The United States, according to official counts, has the highest number of confirmed COVID-19 cases in the world.

President Donald Trump eventually approved a wave of deregulation to spur the private sector to develop testing and medicines.

“We’re doing record numbers of tests now, far more than any other country has done,” Trump said in a press conference Thursday.

South Korean officials announced Wednesday that it would provide the United States with testing kits, one day after Trump spoke to South Korean President Moon Jae-in.

Trump deserves credit for relaxing some of the most unnecessary federal rules, said Robert Moffit, a former deputy assistant secretary at the Department of Health and Human Services, now a senior fellow in health policy studies at The Heritage Foundation.

In an example of past regulation, Johns Hopkins University was not allowed to test because it was not a government agency, which Moffit said was ridiculous.

“There is no question South Korea moved very fast and has been the poster child for how to tackle this,” he told The Daily Signal.

Clearly, the United States is developing enough tests to examine a greater number of people than South Korea, “but per capita, we’re not even close,” Moffit said.

South Korea, with its population of million, has done about 358,000 tests, according to the Korea Centers for Disease Control and Prevention. Earlier this week, White House coronavirus response coordinator Dr. Deborarh Birx said 370,000 tests had been done in the United States.

As of early Friday, 540,000 tests had been done in the U.S., according to an estimate by the COVID Tracking Project, a partnership between journalists from The Atlantic magazine and Jeff Hammerbacher, founder of Related Sciences.

South Korea’s efficiency and effectiveness included surveillance and data gathering without court warrants, compulsory testing, and mandatory isolation, which American citizens might never be on board with, Heritage’s Klingner said.

The South Korean government began testing asymptomatic people, then isolated patients even if they had only mild symptoms. U.S. officials have discouraged those without symptoms from getting tested, in large part because of a shortage of testing equipment.

South Korea changed its law to allow the government to engage in more surveillance to determine who diagnosed citizens were in contact with. The government then could access citizens’ cellphones, credit card and other financial information, and GPS data to know where they had been and who they had been with.

In some cases, the government then could quarantine not only a patient who tests positive but those who came in contact with the patient.

These actions did slow the spread of the coronavirus, noted Dr. Lee Gross, president of Docs 4 Patient Care, a health care advocacy group.

“You can do that in some societies and they would look favorably upon it,” Gross told The Daily Signal. “I’m not sure people would do that in the U.S.”

Gross, who practices family medicine in North Port, Florida, said that after the New York City quarantine was imposed, New Yorkers began flying into Florida. He said Florida state officials are issuing self-quarantine orders to travelers from such high-risk areas.

Moffit, the Heritage health policy expert who is a former HHS official, said South Korea’s actions could not occur at a national level in the United States and would be ineffective if tried.

“From a public health perspective, South Korea was very aggressive in isolating people rather than putting them in crowded hospitals,” he said.

Moffit noted that New York Gov. Andrew Cuomo is trying to isolate those who are infected.

How would China profit by launching a bio attack on the US’ economy, its people, political system, and businesses? Maybe,...