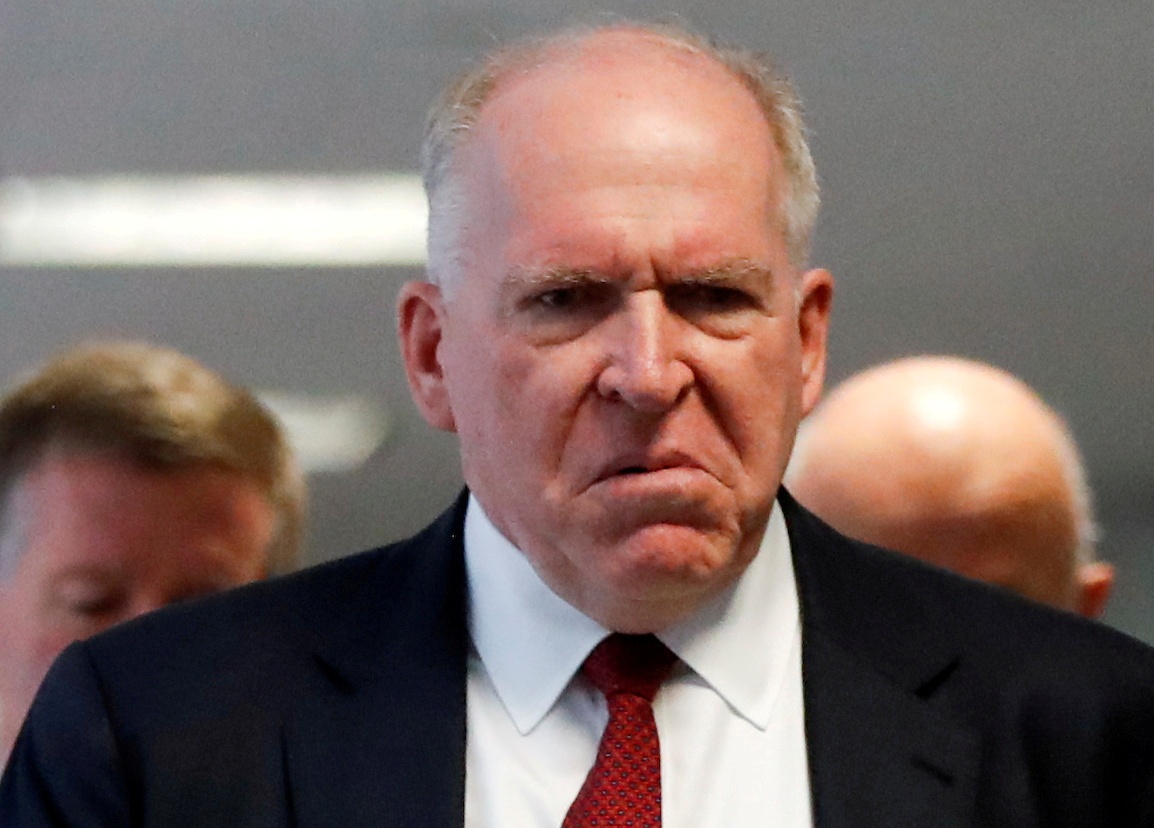 According to former US Attorney Joe diGenova, current US Attorney John Durham started bringing in witnesses under oath in front of a grand jury.  And according to Joe, the key focus of the Durham investigation is currently John Brennan.

One of the more interesting revelations is what I have confirmed with my sources, is that John Brennan is in fact the focus, the main focus of the investigation.  And, a number of former intelligence officers have been interviewed and apparently testified about a series of questions involving the production of the famous assessment done after the election which of course was a phony assessment.

It was a constructed document.  It was not in fact an assessment of anything and that is very interesting because they are looking at what Brennan did and what he asked other people to do in terms of that and some other things as well.  So apparently Mr. Durham has not been deterred by the virus.

After Carr reminded the listeners what assessment diGenova was speaking about, diGenova said this:

Let’s hope Brennan and all the coup operatives are brought to justice very soon.  This cannot come soon enough.

By Cristina Laila US Attorney General Bill Barr appointed US Attorney from Connecticut John Durham last May to investigate the origins...