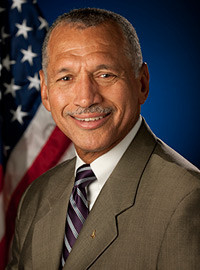 Barack Obama’s grand speeches in Istanbul and Cairo as well as his repeated insistence on “respect” made Americans very aware that he hopes to win Muslim favor. But we did not know how deeply embedded this impulse has become in U.S. policy until this: “Obama’s new mission for NASA: Reach out to Muslim world.” Byron York of the Washington Examiner uncovered an interview on Al-Jazeera in which the head of the National Aeronautics and Space Administration, Charles F. Bolden, Jr., explained how Obama charged him to pursue three decidedly non-scientific objectives:

One was he wanted me to help re-inspire children to want to get into science and math, he wanted me to expand our international relationships, and third, and perhaps foremost, he wanted me to find a way to reach out to the Muslim world and engage much more with dominantly Muslim nations to help them feel good about their historic contribution to science, math, and engineering.

NASA, he went on, is pursuing “a new beginning of the relationship between the United States and the Muslim world.”

York also located a speech by Bolden, who is a retired United States Marine Corps major general and a former NASA astronaut, on June 15 at the American University in Cairo. There, Bolden related that Obama

asked NASA to change…by reaching out to non-traditional partners and strengthening our cooperation in the Middle East, North Africa, Southeast Asia, and in particular in Muslim-majority nations.

Bolden averred that, indeed, “NASA has embraced this charge.” In his colorful wording, “NASA is not only a space exploration agency but also an earth improvement agency.”

In response to the firestorm these comments have caused, the White House and NASA, according to Fox News, “stood by Bolden’s statement that part of his mission is to improve relations with Muslim countries — though NASA backed off the claim that such international diplomacy is Bolden’s ‘foremost’ responsibility.” 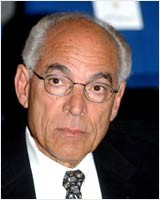 First, it is inordinately patronizing for Americans to make Muslims “feel good” about their medieval contributions to science. This will lead to more resentment than gratitude.

Second, Muslims at present do lag in the sciences and the way to fix this is not condescension from NASA but some deep Muslim introspection. Put differently, accomplished scientists of Muslim origin — including NASA’s Farouk El-Baz, who is of Egyptian origins — do exist. The problem lies in societies, and include everything from insufficient resources to poor education to the ravages of Islamism.

Third, polls indicate that Obama’s effort to win Muslim public opinion has been a failure, with his popularity in majority-Muslim countries hardly better than George W. Bush’s. Why continue with these farcical and failed attempts to win good will?

Finally, it’s a perversion of American scientific investment to distort a space agency into a feel-good tool of soft diplomacy. Just as soldiers are meant to fight, not carry out social programs, so scientists must work to expand the frontiers of knowledge, not to make select people “feel good.”

The cost of harboring illegal immigrants in the United States is a staggering $113 billion a year -- an average...