A small bank in Chicago called SHORE BANK almost went bankrupt during the
recession. The bank made a profit on its foreign micro-loans (see below) but
had lost money in sub-prime mortgages in the US. It was facing likely
closure by federal regulators. However, because the bank’s executives were
well connected with members of the Obama Administration, a private rescue
bailout was arranged. The bank’s employees had donated money to Obama’s
Senate campaign. In other words, Shore Bank was too politically connected to
be allowed to go under. 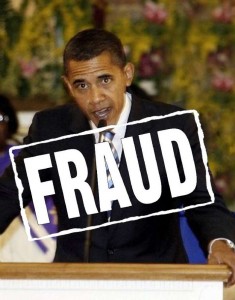 Shore Bank survived and invested in many “green” businesses such as solar
panel manufacturing. In fact, the bank was mentioned in one of Obama’s
speeches during his election campaign because it subjected new Business
borrowers to eco-litmus tests.

Prior to becoming President, Obama sat on the board of the JOYCE FOUNDATION,
a liberal charity. This foundation was originally
established by Joyce Kean’s family which had accumulated millions of dollars
in the lumber industry.. It mostly gave funds to hospitals but after her
death in 1972, the foundation was taken over by radical environmentalists
and social justice extremists.

This JOYCE FOUNDATION, which is rumored to have assets of 8 billion dollars,
has now set up and funded, with a few partners, something called the CHICAGO
CLIMATE EXCHANGE, known as CXX. It will be the exchange (like the Chicago
Grain Futures Market for agriculture) where Environmental Carbon Credits are
traded.

Under Obama’s new bill, businesses in the future will be assessed a tax on
how much CO2 they produce (their Carbon Footprint) or in other words how
much they add to global warming. If a company produces less CO2 than their
allotted measured limit, they earn a Carbon Credit. This Carbon Credit can
be traded on the CXX exchange. Another company, which has gone over their
CO2 limit, can buy the Credit and “reduce” their
footprint and tax liability. It will be like trading shares on Wall Street.

Well, it was the same JOYCE FOUNDATION, along with some other private
partners and Wall Street firms that funded the bailout of Shore Bank.

The foundation is now one of the major shareholders. The bank has now been
designated to be the “banking arm” of the CHICAGO CLIMATE EXCHANGE (CXX). In
addition, Goldman Sachs
has been contracted to run the investment trading
floor of the exchange.

So far so good; now the INTERESTING parts.

One Shore Bank co-founder, named Jan Piercy, was a Wellesley College
roommate of Hillary Clinton. Hillary and Bill Clinton have long supported
the bank and are small investors.

Another co-founder of Shore Bank, named Mary Houghton, was a friend of
Obama’s late mother. Obama’s mother worked on foreign MICRO-LOANS for the
Ford Foundation. She worked for the foundation with a guy called Geithner.
Yes, you guessed it. This man was the father of Tim Geithner, our present
Treasury Secretary, who failed to pay all his taxes for two years.

Another founder of Shore Bank was Ronald Grzywinski, a cohort and close
friend of Jimmy Carter.

The former Shore Bank Vice Chairman was a man called Bob Nash. He was the
deputy campaign manager of Hillary Clinton’s presidential bid. He also sat
on the board of the Chicago Law School with Obama and Bill Ayers, the former
terrorist. Nash was also a member of Obama’s White House transition team.

(To jog your memories, Bill Ayers is a Professor at the University
of Illinois at Chicago. He founded the Weather Underground, a radical
revolutionary group that bombed buildings in the 60s and 70s. He had no
remorse for those who were killed, escaped jail on a technicality, and is
still an admitted Marxist).

When Obama sat on the board of the JOYCE FOUNDATION, he “funneled” thousands
of charity dollars to a guy named John Ayers, who runs a dubious education
fund.. Yes, you guessed it. The brother of Bill Ayers, the terrorist.

(You will remember that Tony Rezko was the guy who gave Obama an
amazing sweet deal on his new house. Years prior to this, the law firm of
Davis, Miner, Barnhill & Galland had represented Rezko’s company and helped
him get more than 43 million dollars in government funding.

(Guess who worked as a lawyer at the firm at the time. Yes, Barack Obama).

Adele Simmons, the Director of ShoreBank, is a close friend of Valerie
Jarrett, a White House senior advisor to Obama. Simmons and Jarrett also sit
on the board of a dubious Chicago Civic Organization.

Van Jones sits on the board of Shore Bank and is one the marketing directors
for “green” projects. He also holds a senior advisor position for black
studies at Princeton University. You will remember that Mr.Van Jones was
appointed by Obama in 2009 to be a Special Advisor for Green Jobs at the
White House. He was forced to resign over past political activities,
including the fact that he is a Marxist.

Al Gore was one of the smaller partners to originally help fund the CHICAGO
CLIMATE EXCHANGE. He also founded a company called Generation Investment
Management (GIM) and registered it in London, England. GIM has close links
to the UK-based Climate Exchange PLC, a holding company listed on the London
Stock Exchange. This company trades Carbon Credits in Europe (just like CXX
will do here) and its floor is run by Goldman Sachs.

Along with Gore, the other co-founder of GIM is Hank Paulson, the former US
Treasury Secretary and former CEO of Goldman Sachs. His wife, Wendy,
graduated from and is presently a Trustee of Wellesley College. Yes, the
same college that Hillary Clinton and Jan Piercy, a co-founder of Shore Bank
attended. (They are all friends).

Interesting? And now the closing…Because many studies have been exposed as
scientific nonsense, people are slowly realizing that man-made global
warming is nothing more than a money-generating hoax. As a result, Obama is
working feverishly to win the race. He aims to push a Cap-and-Trade Carbon
Tax Bill through Congress and into law.

Obama knows he must get this passed before he loses his majority in Congress
in the November elections. Apart from Climate Change he will “sell” this
bill to the public as generating tax revenue to reduce our debt. But, it
will also make it impossible for US companies to compete in world markets
and drastically increase unemployment. In addition, energy prices (home
utility rates) will sky rocket.

But don’t forget SHORE BANK. With 10 trillion dollars flowing though its
accounts, the bank will earn close to 40 billion dollars in interest each
year for its owners (more Obama cronies), without even breaking a sweat.

It is estimated Al Gore alone will probably rake in 15 billion dollars just
in the first year. Of course, Obama’s “commissions” will be held in trust
for him at the Joyce Foundation. They are estimated to be over 8 billion
dollars by the time he leaves office in 2013, if the bill passes this year.
Of course, these commissions will continue to be paid for the rest of his
life.

Some financial experts think this will be the largest “scam” or “legal
heist” in world history. Obama’s cronies make the Mafia look like rank
amateurs. They will make Bernie Madoff’s fraud look like penny ante stuff

A pro-family organization says it's hypocritical for high-ranking officials in the Government to condemn a Florida church's plans to burn...