(Jake Neuman) The Enlightened modern West has created the Greatest Civilization humanity is yet to know. We have invited into our countries tens of millions of people from 5200 different nations, tribes, clans, ethnic origins, religions, religious sects etc. They emigrate and live their lives in freedom and equality. They practice their customs and religion without interference. We grant them full protection of the Rule of Law. Citizenship is offered with very few, if any, restrictions. Unlike the Roman Empire which used to bring people acquired by conquest to their cities as slaves, the modern West has welcomed immigrants as free and dignified residents and citizens from all corners of the world. Such an integration of humanity on such a grand scale has never been attempted in the history of mankind. 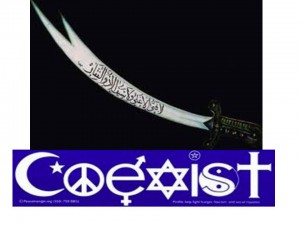 It is rightfully stated that the greatest generation was the generation that fought the Second World War. As citizen soldiers, they came from the farms, towns, villages, cities aged 17, 18, 19 … to sacrifice their lives to save our civilization from the threat of Nazi/Fascist racial dictatorships. Furthermore, after that great victory, these patriots were immediately plunged into defending the freedom of Western Civilization from the totalitarian ideology of Communism.

WE, their descendents, by bringing together the people of the world into our cities, neighborhoods and schools, are the next great generation in history. The evolution of mankind has instilled in us a FEAR of other humans, who are different from us – different races, tribes, religions. This survival mechanism was instilled through millions of years of evolution. Overcoming this deeply ingrained fear of the different other was never easy. Our willingness to attempt this great project – the integration of the world – is the greatest endeavor of our time. It is both heroic and historic.

During the Cold War, we welcomed millions of East Europeans who fled Communism for democracy and freedom. At no time did we ever have to worry about them blowing up planes or buses and subways. They brought their culture/customs and integrated into our society. We have invited millions of Asian peoples to live as equal citizens offering them and their children the American dream. Hispanics have poured into the country in huge numbers bringing with them their unique culture. Although there are problems with this massive influx, Hispanics do not pose a danger to democracy and freedom. They are not a threat to the constitution or the rule of law. Hispanics will integrate into the United States and the best of their culture will merge with the existing culture making it stronger and better. There are millions of Hindus and Buddhists living in the West worshipping in their temples in total equality and freedom.

Unfortunately, there are some amongst these invited others, who — instead of getting down on their hands and knees and kiss the soil of their new homeland, instead of welcoming with open arms the freedom and democracy, equality and human rights, being offered to them — want to destroy the very foundation of Western Civilization. It need not mention that this peculiar group of immigrants are Muslims, who have emigrated to the West not to embrace it as such, but with a colonist mindset, who want to conquer our lands by numbers or any other means so as to destroy our democracy and freedom and the rule of law, and imposed their worldview and the Islamic rule of Sharia Law upon us all. All peoples in the country must either convert to Islam, or be subjugated to it and adopt the superiority of the Muslim people and culture. That certainly kill Multiculturalism experiment!

To understand the destruction Islam has wrought on the world, the obliteration of peoples and cultures, we only have to look at the conquest of Persia in the 7th century, one among the top-two great civilizations of the time. The Persians were destroyed as a people. Their culture was laid to waste. Their religion Zoroastrianism was decimated from millions to 20,000 adherents. Persians are a pathetic shadow of their conquered ancestors.

MULTICULTURALISM IS NOT THE PROBLEM, ISLAM IS!

Today, we no longer have to worry about Islamic armies invading the West. While most Westerners and non-Muslims may feel that Islamic terrorism, probably a nuclear one, is the greatest danger of Islam we face today, greater is the danger that we may lose our freedoms bit by bit through the slow process of Islamification of our polity and way of life. Thus, our generation today are engaged in another deadly struggle to defend Western Civilization against the onslaught of the 7th century ideology of barbaric Islam, based on the Quran. This battle is waged by our enemy quietly which our people, our politicians and the military have no clue about or are just ignoring.

It is high time for us to acknowledge and face the cold, hard reality that Islam is an antithetical ideology that threatens our democracy and freedom. Our society is slowly getting assimilated to Islam; Muslims are not assimilating into our democracy and freedom. It is not us who must change. Democracy and freedom, equality of all peoples, the rule of law, and our democratic constitution are non-negotiable. We must demand that Muslims abandon Islam or embrace our secular ethos of the separation of religion and state. We don’t have to try to be Mr. Nice Guy and be politically correct. We must unabashedly and resolutely demand this from whoever comes to our shore.

But our leaders, so far, have failed in demanding that. And by so doing, the West is paving its own downfall. Through the fear of offending others, through appeasement — the West is creating the prospect of a greater war or the destruction of our civilization. In this context, Winston Churchill’s House of Commons speech on May 2, 1935 is relevant:

“Want of foresight, unwillingness to act when action would be simple and effective, lack of clear thinking, confusion of counsel until the emergency comes, until self-preservation strikes its jarring gong – these are the features which constitute the endless repetition of history.”

It is foresight and resolve like that of Churchill’s which helped us win the Second World War against the Nazis. We could learn similar lesson from the West’s Cold War against Communist Russia that was an “Evil Empire” by Ronald Reagan.

We must also remember and preferably understand that Islam is greater and more resolute enemy than others, and no less resolve and straightforwardness will work against it. If we fail in that, it is not only the greatest experiment of Multiculturalism, but also the greatest achievements of human civilization – our liberty, democracy and human rights – will all be lost.

YES, ISLAM WILL BE THE DEATH-KNELL OF MULTICULTURALISM

In Case You Missed It:  THEY KNEW: Three months before covid was unveiled, DoD awarded Ukraine a special “Covid-19 Research” contract
Posted in Freedoms, Terrorism and tagged Freedom, Islam, Terrorism.

Home prices are unlikely to recover before 2020 and mortgage defaults will persist for years, says a survey of bank...