China’s state media Tuesday blasted the United States over its “ticking debt bomb” and urged American lawmakers to be more responsible after they failed to agree on deficit-cutting measures.

China is the world’s largest foreign holder of US Treasuries with a portfolio of around $1.15 trillion, prompting Beijing’s keen interest in the state of the US economy. 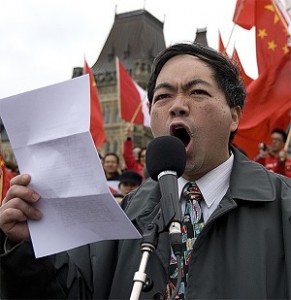 “Washington’s political elites… are obligated to muster the courage to defuse the ticking debt bomb and start to show the world they have the wisdom and determination not to further jeopardise the fragile global economic recovery,” Xinhua news agency said in a commentary.

A US Congress “supercommittee” Monday failed to reach a deal to rein in the government’s galloping deficits due to angry partisan battles over how best to revive the nation’s sluggish economy.

The move confirmed widespread expectations that the 12-member committee would miss its goal to cut US deficits by $1.2 trillion over 10 years amid political feuds over tax hikes on the rich and cuts to social spending.

Xinhua, a mouthpiece for the Chinese government, blamed partisan in-fighting, saying both Democrats and Republicans were ignoring the impact of a possible US default on the global economy.

“US politicians have never shied from lecturing other countries about global responsibility and now it is high time they showed a sense of true global leadership,” Xinhua said.

The commentary made no specific reference to China.

Chinese state media have previously savaged the US over what they call its “addiction to debt” with one analyst going so far as to compare US debt to a “Ponzi scheme”.

US President Barack Obama has held out hope lawmakers could reach a new deal and tried to reassure global markets, saying that despite a ballooning national debt of more than $15 trillion, there was no imminent threat of a US default.

In Case You Missed It:  EXCLUSIVE: DOJ DROPS A BOMB! Admits Federal Government Ran Informants Inside the Oath Keepers on Jan. 6 – Spring This On J6 Attorneys Less than One Week Before Trials
Posted in Financial and tagged China, Debt, Debt Crisis, Deficit, United Socialist States of America.

When the Supreme Court agreed this month to hear the Obamacare constitutional challenge, it didn’t surprise most Court watchers, but...