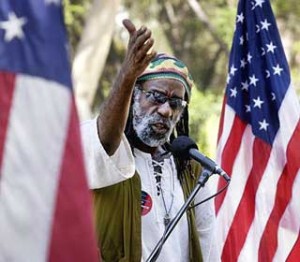 “I don’t blame white people for slavery – I blame blacks and Muslims for slavery!”

Ted Hayes contends that the real villains when it comes to slavery were the Blacks and the Muslims in Africa, not the white man. He says that the slave trade was going on long before Britain and subsequently America got involved. In fact, he credits America for abolishing slavery and says that the civil war was the “high water mark of humanity.”

In Case You Missed It:  BOMBSHELL: DARPA was secretly developing the mRNA vaccine years ago through Moderna, and they seek permanent control over your body and bloodline
Posted in Freedoms and tagged Freedom, Muslims, Racism.