Long ago, Jefferson warned, “The natural progress of things is for liberty to yield, and government to gain ground.” The exceptions to that rule have been few and far between recently, and ought to be celebrated when they occur. 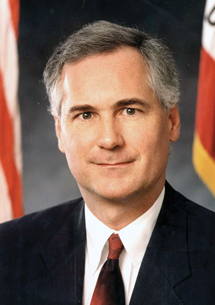 One did this past week with the announcement that supporters of the so-called “Stop On-Line Privacy Act” and the “Protect Intellectual Property Act” have indefinitely postponed their measures after an unprecedented protest across the Internet.

SOPA and PIPA pose a crippling danger to the Internet because they use the legitimate concern over copy-right infringement as an excuse for government to intrude upon and regulate the very essence of the Internet – the unrestricted and absolutely free association that links site to site, providing infinite pathways for commerce, discourse and learning.

It is not the Internet per se that has set the stage for the next quantum leap in human knowledge and advancement – but rather the free association at the core of the Internet. And this is precisely what SOPA and PIPA directly threaten.

But as dangerous as this concept is to the Internet, it pales in comparison to the danger it poses to our fundamental freedoms as Americans.

It is true that rogue web sites operating from off-shore havens, are stealing intellectual property and then selling it.

We already have very good laws against that, as evidenced by the arrest yesterday of Mr. Kim Schmitz and his associates in New Zealand, who now stand accused of operating one of the biggest of these rogue sites.

Theft of intellectual property is fundamentally no different than the theft of any other kind of property. It should be taken no less seriously than the thefts perpetrated by the likes of Bernie Madoff, John Dellinger or Willie Sutton.

This is what SOPA and PIPA destroy. Upon mere accusation, these measures would allow the government to shut down web sites, ruin honest businesses, impound property, disrupt legitimate speech and dragoon innocent third parties into enforcing laws that may or may not have been broken.

When property is stolen, we hold accountable the individuals who knowingly commit the act, and place the burden of proof on the accuser. The accuser must demonstrate to the satisfaction of a jury that the defendant stole property or that he received property that he knew was stolen.

Yes, it is a ponderous system. Yes, it means you actually have to provide evidence. Yes, it means you have to convince a jury. Yes, it means we can’t catch and successfully prosecute every criminal. But the experience of mankind over the centuries has proven that this is the best possible way to protect the innocent and to protect our freedom while also punishing the guilty. In part, we punish the guilty to discourage others we might not be able to punish.

And as the arrests yesterday in New Zealand prove, it works. Let Mr. Schmitz and his confederates be extradited and let them have their day in court. Let evidence be presented. Let a jury be convinced of that evidence. And if convicted of one of the greatest thefts in human history, let us mete out the full measure of punishment provided by the law to stand as a fearsome example to others.

That doesn’t and won’t stop all theft and it isn’t perfect. But to replace it with one where mere accusation can bring punishment or inflict ruinous costs upon innocent third parties, would introduce a despotic and destructive concept that is antithetical to the ancient rights that our government was formed to protect.

The developments of the last few weeks have saved the Internet and saved these fundamental principles – at least for now. But Jefferson was right that the natural order is for government to grow at the expense of liberty. That is why we have our Constitution.

And to the protection of that Constitution, the Internet has now empowered its rightful owners, “We, the People,” to defend it more effectively than ever before.

Which leads me, Madam Speaker, to conclude that because of the events of this past week, we will see many more victories for freedom in the days and years ahead.

The Speaker of the Jordanian Parliament recently refused to accept a greeting for 2012 sent to him by Knesset Speaker...