The time has come for the Censor to be brought back into all walks of society and turn back the tsunami of filth, gratuitous violence, and degradation that the World is collapsing under, a latter day Sodom and Gomorrah, who have no moral compass by which to steer their course away from the rocks of perdition and sin. 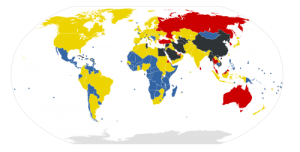 In every situation and circumstance we can see the insidious effect of immoral brainwashing and programming to the detriment and decline of our communities.The Internet while being a useful tool for knowledge and communication is a double edged sword,  as it is also the gateway to Dante’s Inferno and Hell with unbridled doorways to sexual pornography and all manners of visceral corruption and decay. Our children and teenagers are beholden and entrapped by highly addictive gaming on their desktops, laptops, I Phones and I Pads, whilst we all are subjected to subliminal messages and desensitivation via the portals of  Films, Television, Radio, Newspapers, Billboards and other forms of media and big business control and manipulation. 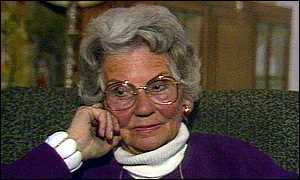 In the Swinging Sixties, Britain had the Censor and the moral campaigner Mary Whitehouse to thank for possessing an immortal moral vigilance and alertness to the waves of smut and lewdness that threatened to destroy the ethical standards of their country. The World is standing at the crossroads of time and destiny, with wars, famine, drought, terrorism, disease, poverty and pestilence wreaking havoc and catastrophe around the globe, and materialism and secularism have to a large extent destroyed the bastions of faith and spirituality, and if we are ever going to be able to recover our collective moral rectitude and bearings, now is the time for the Censor to return and clean out our subconscious, hearts  and souls, and direct them back again to the statutes and ordinances of God and Humanity.

Peter Paton is an International PR and Strategic Asviser

In Case You Missed It:  Health authorities are pushing booster shot extermination plans to hurry and kill the masses before they fully awaken to the covid scam
Posted in Freedoms.

Officials in key parts of the Obama administration are increasingly convinced that sanctions will not deter Tehran from pursuing its...