The Palestinian Authority and PLO cannot be sued for the death by torture of a man killed in PA custody, the United States Supreme Court has ruled. The court found that the Torture Victim Protection Act allows for civil suits against individuals only, and not against organizations. 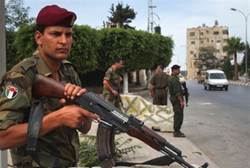 The family of PA resident Azzam Rahim, a naturalized U.S. citizen, had sought to sue the PA and PLO for Rahim’s death in 1995.

The family alleges that Rahim was tortured to death in PA custody. The PA and PLO have denied the charges.

In a unanimous ruling, justices upheld a lower court’s ruling that the Protection Act does not apply. “We hold that the term ‘individual’ as used in the act encompasses only natural persons,” the court stated. “Consequently, the act does not impose liability against organizations.”

Lawyers for the plaintiffs had argued that failing to hold organizations liable would leave many victims of torture and their families with no legal recourse. The court said Congress had been aware of the law’s limitations when it was passed.

Senior PA officials have admitted that PA forces torture prisoners. The U.S. Central Intelligence Agency (CIA) has been accused of turning a blind eye to – or even facilitating – the torture, which has been carried out by US-trained troops.

In a recent case, the PA allegedly tortured a former PA intelligence agent for selling a home to Jews. The former agent has been sentenced to death.