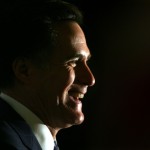 Mitt Romney and Paul Ryan are the right choice for us in November, but they need to figure out the solution to winning. If they do well in these six things, they will win on November 6th.

1.) Get on TV more often
There is no doubt about it, Mitt Romney needs to get on TV more. Every day Romeney goes to beneficial rallies and events that will help him win, but he needs to go on The O’Reilly Factor, Hannity or On the Record multiple times before the election. Unfortunately, many voters decide who they are going to vote for because of what they hear and see on TV. Everyone knows CNN, MSNBC and HLN all are very Liberal and stretch the truth frequently. We also know Fox News is more truthful. More people watch Fox News than any other news station, so we need Mitt Romney and Paul Ryan to get on there often. Voters love to see the candidate on TV talk about the issues and see a face to face conversation. When he is on these shows, he should also reply to the attacks and lies being put out by Obama and the media. Mitt Romney also needs to have more influential commercials. Obama’s commercials are very well done. There is no doubt that Mitt Romney’s ads need to be better than Obama’s.

2.) Do well in debates
If Romney does not do well in the debates, I do not think he will stand a chance to win. Obama is one of the best speakers I have ever heard and he really knows how to pull in voters. Since Romney started to talk about the issues more, his poll numbers seem to have gone up. While pointing out what Obama has done wrong, he needs to mention the issues as well.

3.) Defend his tax returns
The Liberals and media have still been attacking Romney on his tax returns. The returns show he paid his fair share. He also donated much of his money to charity. He simply needs to keep on defending his tax returns.

4.) Attack Obama on the facts
Republicans need to stop attacking Obama on his past (i.e. his birth certificate, what he did in high school and if he went to Harvard). What is mind blowing is that President Obama has not gotten one vote from either party in the House OR Senate on his budgets. Not many people know this. He also has used too many executive privileges, as well as creating Obamacare and other big-government bills. Raising the debt by over 5 trillion isn’t anything they are bragging about either. Let’s push the facts. They are on our side.

6.) Get yard signs and bumper stickers
It may be different in other states, but Mitt Romney’s campaign has not sent any signs, bumper stickers or buttons to Wisconsin. The state county Republican Party groups have to pay for them. The signs do not look like the ones given out at rallies and are not attractive. If Mitt Romney and Paul Ryan do not have signs or bumper sticker before October undecided voters will not be able to see the support.

This election is not, by any means, over. Don’t listen to what the media says. If Romney and Ryan can change and do well in these six things, we will win in a month and a half.

In Case You Missed It:  LITHIUM mining for electric vehicles is incredibly destructive to the environment and about as far from “green” as you can imagine
Posted in Freedoms and tagged Election, Mitt Romney, Speaker Paul Ryan.

The Prime Minister of Canada, Stephen Harper, will meet with his Israeli counterpart Binyamin Netanyahu Friday in New York City....