The National Geographic Channel’s Washington, DC headquarters has increased security after being inundated with terror threats over the upcoming release of the film Seal Team Six: The Raid on Osama Bin Laden, according to a source. 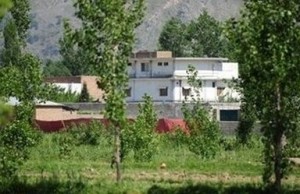 The full-length feature film is the first dramatization of the U.S. special forces operation that killed the mastermind of the September 11 attacks in Pakistan last May.

According to a New York Post source, the channel has been bombarded with phone calls and blogs posts from ‘Muslims’ warning that anyone airing a film like this is asking for trouble.

Enough threats have come in that the network is on higher security alert,’ the source said.’They have a huge public building with a museum and 1,600 people working.

The movie, which focuses on one of President Obama’s most successful moments in office, will premiere just two days before the November 6 election, drawing fire from critics on the right who have accused National Geographic of being partisan.

Arabs Are Brainwashed, Terrorism Is Inevitable

At a press conference with foreign journalists Thursday, Director General of the Ministry of Strategic Affairs Yossi Kuperwasser said that...