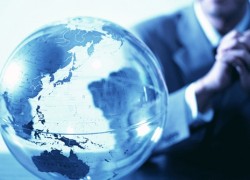 As a nation clasped to its capitalist foundations, the United States is unquestionably the global leader for free market policy and laissez-faire economics. The egalitarian, people-first actions of our forefathers and country leaders have helped establish what we’ve long considered to be the land of opportunity. Perhaps nothing has exemplified this more recently than the emergence of modern deregulation that took place in the 1970s under the Nixon and Ford administrations.

The widespread deregulation of the transportation industry, from airlines to trucking, brought about all sorts of opportunities for entrepreneurs and other interested parties looking to dip their toes into a newly-made open market. Companies were given the ability to enter the fold and compete with one another using the same roads, routes and resources that their competitors could access. Essentially, a vitalized breed of competitive marketplace was introduced to one of our nation’s largest sectors.

Not long after, the 90s brought deregulation in the telecommunications and finance industries. Both broadcasting and all forms of banking became available to new firms entering the market and many government restrictions were repealed. Of course, that’s not to say either of these industries became completely hands-off affairs. Government checks and regulatory committees were put in place to assist with the transitionary period and general health of the industries in the long term.

Today, most of the buzz you’ll hear is about the deregulation of electricity and natural gas. In some states like Pennsylvania and Texas, for example, energy deregulation has become a well-understood condition of homeownership. In other states, it’s just catching on or is yet to have been adopted. The way it works is simple: while a utility company still carries electricity to your home through wires and poles, you have the option to purchase the actual commodity of electricity from an independent supplier. Just like the past has indicated, that means more competition in the market and more job opportunities for those interested in energy supply.

Our society benefits from the opportunity to compete. Naturally, competition encourages innovation, expansion and self-sustaining prosperity for all involved. Thanks to the continued implementation of deregulation across some of our nation’s largest industries, we’ve been given just that opportunity. It’s exciting to envision new technologies and industrial boons that deregulation could play a part in as our country moves onward.

by Itamar Marcus and Nan Jacques Zilberdik In an interview on PA TV News, PA Mayor Mustafa Fuqaha claimed that...