The mainstream media in the United States have ignored comments made by President Barack Obama during his a speech in Northern Ireland this week in which he described religious education as a source of conflict. 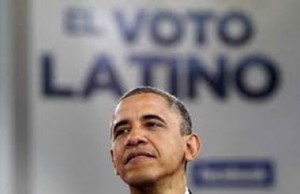 The president’s comments have sparked widespread controversy and criticism in the Irish media, as well as in Catholic media in the U.S., but the mainstream media have ignored Obama’s contentious remarks.

Because issues like segregated schools and housing, lack of jobs and opportunity — symbols of history that are a source of pride for some and pain for others — these are not tangential to peace; they’re essential to it.  If towns remain divided — if Catholics have their schools and buildings, and Protestants have theirs — if we can’t see ourselves in one another, if fear or resentment are allowed to harden, that encourages division.  It discourages cooperation.

Catholic media have interpreted the remarks as an attack on religious education itself, and Catholic education in particular. The mainstream media, which seized on every remark made by Republican presidential nominee Mitt Romney during his 2012 international trip as a near-disqualifying “gaffe,” have been entirely silent.

While gaffes are usually defined as extemporaneous, off-the-cuff errors or poorly judged statements, Obama’s remarks were planned in advance. The “gaffe” in Obama’s Belfast remarks lies in the fact that Obama did not consider the sensitivities of his audience–or that he inadvertently revealed his own anti-religious prejudice.

To travel to a city troubled by conflict, and to then insult the members of at least one of the two communities, is not only a gaffe, but a serious diplomatic error.

Unless, of course, the speaker is President Barack Obama.

Newscom In an interview with Bloomberg’s Bureau of National Affairs, Dr. Ardis Dee Hoven, incoming president of the American Medical...