The United States could be free to sign the United Nations’ Arms Trade Treaty as soon as Thursday. 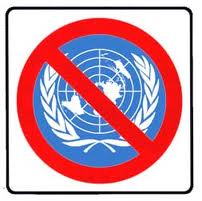 When the Arms Trade Treaty (ATT) opened for national signatures on June 3, Secretary of State John Kerry welcomed it with open arms, noting that the U.S. “look[ed] forward to signing it as soon as the process of conforming the official translations is completed satisfactorily.”

The ATT was negotiated in English, and initial translations of it into the U.N.’s other official languages were flawed. Revised translations have since been circulated, and unless objections to the new language are received, the final translation—into Russian—will be formally complete as of August 28. Thus, by the standard Secretary Kerry has set, the U.S. is likely now free to sign the ATT.

For many reasons, this would be an unwise decision. The Administration is to be commended for at least waiting until the translations are complete before signing onto the treaty—it is a basic precaution, after all, to know what it is you are signing before you put your name on it. As a matter of practice, the U.S. is unlikely to sign until late September, when the General Assembly starts its new session. Signing then would extract the maximum favorable publicity from the assembled nations in New York. 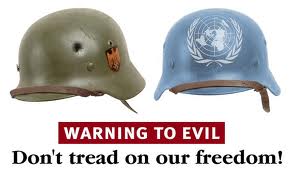 It’s not, though, likely to mollify concerns in the U.S. In recent months, 130 Members of the House backed a letter led by Representative Mike Kelly (R–PA) opposing U.S. signature of the ATT, and the Senate and House have adopted various measures to ban funding for implementing the ATT. A bipartisan Concurrent Resolution led by Senator Jerry Moran (R–KS) and Representative Kelly has 35 cosponsors in the Senate and 148 in the House.

But events are moving elsewhere in the world. Last month, the U.N. released a report of the Secretary-General on “Assistance to States for Curbing the Illicit Traffic in Small Arms and Light Weapons and Collecting Them,” which noted that it expects the ATT to have a “synergistic relationship” with other U.N. instruments, such as its Programme of Action on Small Arms and Light Weapons. In Latin America, which collectively has 33 votes in the U.N., firearms owners are opposing a well-funded lobby that is advancing restrictive controls in Peru, Uruguay, Argentina, Bolivia, Ecuador, and—of course—Venezuela. When the ATT comes up for amendment in six years, it is likely to be deeply embedded in all the U.N. firearms initiatives and further tightened by demand of the U.N. majority, which will say many fine-sounding things about their support for social justice, freedom, and peace.

But of course, it’s say one thing, do another. Witness Africa, supposedly a leading backer of the ATT and an advocate of “reducing spending on arms,” which is becoming a center of “cut-throat competition” for its rapidly expanding defense marketplace. You will never go broke by betting on hypocrisy at the U.N.

So the story of the ATT will not be over when the U.S. signs it. Indeed, it will barely have begun.

What’s Wrong with Going into Syria

By Robert Spencer American military intervention in Syria is likely to begin this week, and one thing we know amid the...