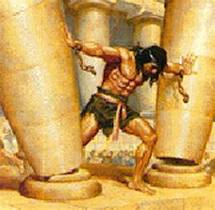 Though Arab and Jew are by lineage the rival sons of Abraham, any connection binding their brotherhood seems to have evaporated long ago in the arid climes of a region that gave birth to monotheism by way of the crucible of environment — a landscape more fiercely accommodating to scorpions and birds of prey. Solitude and austere surroundings seem to incubate prophets and lunatics, and deserts seem to augment the propensity of souls towards extremes – therein dividing the human spirit into frontiers of darkness and light. For the Arab, visceral blood feuds that flourish beneath the awareness of conscious memory and take on the character of instinct serve to choke off that quality of mercy in response to the “other,” and it requires a Herculean effort to swim upstream against the currents of mistrust that boil within fragile veins. It then becomes second nature to multiply reasons for war in one’s quiver, while any open hand reaching across that invisible divided line is viewed with suspicion and even the charge of impiety. Indeed, the Arab’s vision of God is unforgiving, unyielding, and absolute, and the abject terror of being weighed in the balance and found wanting on Allah’s exacting scales compels an unquestioned obedience of argument and action before the political-theological command of the “Divine.”

But family traits are never quite extinguished. Both Jew and Arab suffer disparate maladies that proceed from the same paralysis of memory: the former harboring the fear that grows from a very genuine perennial victimhood and the latter as the exacting patriarchal Lord of the charnel house. After 1400 years, it seems impossible, due to the constraints of his history and revelation, for the Arab to process the state of Israel’s reversal of political fortune in the region. If this judgment is doubted, one need only study the biblical stories of Isaac, Joseph and Jacob to gain clues to the passions that arise when the younger becomes ascendant at the expense of the elder.

Within the sanctity of our own private lives, there is a time to be magnanimous and to let insults and bad faith wash over us.  If we are saintly, we may even consent to suffer a certain level of malice from our neighbor in hopes that we shall, by the example set forth by Christ, pour “hot embers” upon his conscience and bring about that catharsis of the heart that is morally elevating.  But what if that neighbor features all the characteristics of a man possessed whose seared conscience bears little more reason than that of a Great White Shark trolling for supper?  “Turning the other cheek” may win converts or even friends when men view the earth in even mildly similar fashions, but which of us would stand pat and acquiesce to a neighbor lobbing rattlesnakes or hand grenades into our backyards? In the absence of a supervening authority to help cauterize the villain’s evil, how far do we bend before we break; and when we defend our hearth and home, how long can we proceed down that avenue of justice and retribution before we too are deemed monsters by a world deafened to everything but its own diversionary pursuits?

In such a neighborhood — that “nasty state of nature” where everyone wants you dead or won’t lift a finger for your cause, how prudent is it to just play “tit for tat?” How wise is it to be bound to a sterile “Just War” theory that holds self-preservation hostage to a calculation of proportional response, all while doing nothing to solve a dilemma that is doomed to end in at least one party’s effective annihilation?  After a millennia of subjugation and generations of hot and cold war with no relief on the horizon, how long would you allow that barbaric neighbor to lick his wounds and recover, so that at a time of his own choosing he begins his belligerence over again?  In reality, nothing has ever changed between both combatants and nothing ever will as long as he carries within his darkened heart the indictment that your survival is an affront to his honor. Moreover, that niggling hope of making peace so that the neighborhood would blossom and your children could play together without the constant fear of violent death has revealed itself to be a pipe dream, and it is only now a matter of time before your enemy, and the considerable resources of his well heeled friends, fall upon and murder every last vestige of your household.

In a degenerate world populated by of jackals, lambs, and every temperament in between, utilizing wishful thinking at the expense of prudent statesmanship is antithetical to the self-preservation of peoples. The gambit of exposing your throat to wolves in the anticipation that your moral excellence may inspire new vistas of conciliation is suicidal. Indeed, in the broadest and most comprehensive moral sense imaginable, is it not patently unjust to allow violence and evil to prevail while we still retain the capacity to see clearly and act decisively with virtue?

Knowing all this, and realizing in the marrow of your being that your “fair weather friends” will shrug their shoulders and deliver flowery eulogies about your moral restraint while your ashes smolder in the Mediterranean sun, is it not now time to rethink the unthinkable?  Iran, that demonic nation state that funds death and degradation with the West’s own petrodollars, is on the verge of going nuclear and its client entities, Hezbollah and Hamas, surround and threaten Israel with enough firepower to make the Jewish corpse a monument to Islamic resolve.  Sooner or later, before the beast grows too formidable, Israel must strike quickly and decisively with its own considerable nuclear and/or conventional arsenal or throw in the towel. Southern Lebanon, which houses 50,000 rockets targeting Israel’s vibrant cities, must be made desolate and the Gaza strip must be bulldozed and its inhabitants sent fleeing back into Egypt.  And finally, Iran, that nest of vipers that evangelizes and nourishes this concentrated hatred,  must be made an example to the world so that fundamentalist Islam will learn that the wages of its bellicose rhetoric and treacherous actions carry a terrible cost.

Many in the West will recoil in horror at what I have proposed.  Yet, few in their luxurious homes, free from want or cares, would do more than click their tongues and bat their eyelids – lest they further interrupt their dream of pleasure. In waging war against an iron barbarism that threatens to strangle Israel and the West in its bed, one must relearn what it means to fight like a man for one’s life – or accept conversion and annihilation.  Fantasizing that a retrograde civilization, whose creed is a “boot in the face in perpetuity,” will one day magically unball its fist as it gains ascendancy, is the sign of civilizational exhaustion and a descent into the delusion that heralds extinction.  Any people who are cynically evil enough to encourage the deaths of their children (in order to perpetuate a climate of hate and belligerence) has fallen in love with the idea of death. The Islamic meme: “We love death more than you love life” turns out to be not merely some obtuse warrior rhetoric, but a window to the inner-workings of their collective soul.

No American would countenance passing their lives on the edge of such a volcano. The anxious sorrow that comes from the ever present promise of a violent murder is an unknown thing with us, so why should we condemn others to acquiesce to such a fate by denying them the right of self-preservation from beasts whose only knowledge of peace is tinged with the stench of passive subjugation? I have written before of the clash of civilizations and that the enlightened and liberal are not guaranteed by nature to prevail over the cause of ogres and orcs. In the case of Arab and Jew, the option that avails itself is one of Scipio or Samson. If you recall your history, the Roman general Scipio Africanus defeated the hated Carthaginians in the Second Punic War and in the Third his namesake effectively erased the City state from the African continent. Secondly, the blind warrior Samson, who we encounter in the Old Testament’s Book of Judges, bravely brought down his Philistine masters through a final desperate act — destroying the enemy’s temple by calling on God’s might and killing himself in the process.  In these latter days, some might hold that Israel could well be the embodiment of Samson — set between the formidable pillars of Islam.

When it all comes down to dust, Israel will only survive by abandoning half measures and delivering a cup brimming with  judgment, therein matching and surpassing  the utter desolation that its enemies have sworn by Allah to bring to pass — or they will surely perish along with their foes in a bloodbath like the world has never before catalogued. When battling demons to the death, one must fight them mercilessly with tooth and claw, and only later agonize over those philosophical recriminations that moral victors wrestle with in their restless beds.  The Arab world has now left Her little choice in the matter, and soon even Israel’s vaunted resolve will not be enough to ensure survival. The Patrician orator Cato was reported to have proclaimed after every session of the Roman senate Carthago delenda est– Carthage must be destroyed. A time is coming, and perhaps now is, when the Arab who has sown to the wind will reap the whirlwind. Unable to live with themselves or with others of the planet because of an insolent pride that refuses to be tamed, no one, not even their distant god, will be of any avail when that world falls down upon them.

In Case You Missed It:  Japan discovers "magnetic" substance in Pfizer covid vaccines; journalists start DYING from the vax they pushed
Posted in Freedoms.

‘Refusing to kill their own’: Over 40 Ukrainian soldiers flee to Russia

More than 40 Ukrainian soldiers have abandoned their military posts and crossed into Russian territory, stating that they refuse to...