DALLAS- – While Obama was recently on TV in a speech telling us Climate Change is the largest threat to Americans, the CDC has announced that the second healthcare worker is now diagnosed with Ebola. Identified as Amber Joy Vinson of Dallas — traveled by air Oct. 13, with a low-grade fever, a day before she showed up at the hospital reporting symptoms. 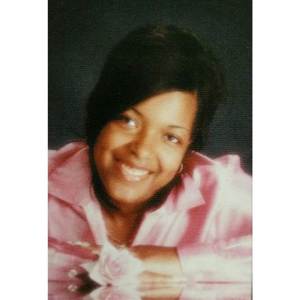 Medical records provided to The Associated Press by Thomas Eric Duncan’s family show Amber Joy Vinson was actively engaged in caring for Duncan in the days before his death. The records show she inserted catheters, drew blood, and dealt with Duncan’s body fluids.

The CDC is now reaching out to all passengers who flew on Frontier Airlines flight 1143 Cleveland to Dallas/Fort Worth. The flight landed at 8:16 p.m. CT.

All 132 passengers on the flight are being asked to call 1 800-CDC INFO (1 800 232-4636). Public health professionals will begin interviewing passengers about the flight Wednesday afternoon.

At the same time, the Centers for Disease Control and Prevention (CDC) is advising Americans who travel to the Ebola-stricken nations to “avoid public transportation.” Federal Health officials also decided that blocking flights in from affected countries was pointless and that’s how Duncan got in. The same health officials said that Duncan could be treated safely at the Dallas hospital and that’s where two health workers got sick.

In a rational world I’d say that accusations of Obama intentionally allowing this plague to descend on the people of the U.S.A. is reactionary. The problem is, we no longer live in a rational world. Obama and his cult do seem to be following the lead of their ideological ancestors (Pol Pot, Che, Stalin, Hitler, Mao, Castro, etc.) who are responsible for the murder of hundreds of millions of working class men, women, and children. I’d expect nothing less from these Socialists who celebrate the murder of their own progeny in the womb in holocaustic proportion.

The Federal government refuses to prevent the spread of Ebola from west Africa to the US so it’s up to the states and the American People to protect themselves. There is no attempt by the government to control this outbreak, there were no protocols in place to have anyone at risk such as nurses treating an Ebola patient to be a 20 day quarantine.

Expect more Ebola cases in the U.S. as aid workers continue to return from West Africa, so far all flight are allowed in on normal schedule and no quarantine from afflicted area are set in place. THe CDC must ban all personnel working with Ebola patients from flying for at least 21 days after last contact.

Obama was hoping this Ebola situation would be brushed under the run until after the election to not panic people, the Obama administration apathy toward this deadly disease Ebola is now going out of control. 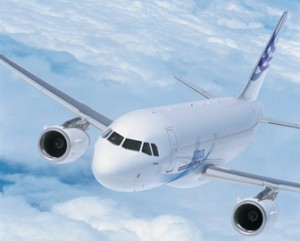 The plane with Amber Joy Vinson had 132 passengers, not to mention people assisting her in the airport and the plane cleaning crews. She reasonably had close contact to hundreds of people, many who had connections in Dallas and flying throughout the country. In the coming days who knows who might come up sick with the disease and who they will have contact with.

The CDC is not admitting they missed the opportunity to control the Ebola virus in the United States, the window has passed and now there are possibly other effected besides the two Dallas nurses. This isn’t Benghazi. The only way this story is going to die is when the 2014 Ebola outbreak peaks and starts to decline as has happened in the past 3 decades or so since Ebola was first identified.

Thankfully the government’s suppression of information has been compromised by the internet. Meanwhile the borders remain wide open and unchecked, anyone with Ebola could enter at anytime.

Economic Liberty and the Constitution

Paul J. Larkin Jr. directs The Heritage Foundation’s project to counter abuse of the criminal law, particularly at the federal...