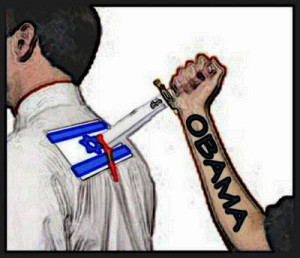 Was the celebrated address craftily arranged to galvanize the anti-Israel sentiment at work in today’s international politics?

Up until the March 3 address, Netanyahu was leading election polls .  The day after the address, he began to tank in the polls.

Why are we only now hearing about a “powerful” U.S. Senate INVESTIGATORY committee launching an 11th-hour BIPARTISAN probe into an an American nonprofit’s funding of efforts to oust Netanyahu out of office as Israel’s courageous Prime Minister?

The Obama administration’s State Department’s recent, $350,000,  taxpayer-funded grants were already at the disposal of the nonprofit in time for election meddling.  The Israel general election is on Tuesday.  The leftist zionists are ahead in the polls.

In other words, the horse is long gone out of the barn and no “bipartisan”,  “investigatory” committee is ever going to bring it back.

If Netanyahu goes down on election night, it’s not just bad news for Israel, but for the Islamic-terrorist-challenged Free World.

As much as it sometime looks that way, not all of Obama’s spiteful threats are empty ones.

When Netanyahu was asked to address congress, Obama officials said that he and John Boehner spit in his face and Bibi would not only pay, but he would pay dearly.

Obama was already making good on that threat—before Netanyahu even got to speak.

You can bank on it that while Netanyahu was getting standing ovations from a BIPARTISAN Congress crowd, he was being stabbed in the back by Obama and world leaders during Obama’s same-time Situation Room conflab.

Why would British Prime Minister David Cameron,  French President François Hollande, German Chancellor Angela Merkel, Italian Prime Minister Matteo Renzi and European Commission President Donald Tusk be yakking it up with Obama in a video conference when the Prime Minister of Israel was making a passionate plea for the U.S. not to give access to nuclear power to Iran?

Because all of them are run by the United Nations, which is, and has long been, steadfastly pro-Iran on the nuclear access issue.

Why would world leaders tune in on Obama rather than on an address about why America shouldn’t sign off on a nuclear deal with Iran?

Because these western leaders entrusted to protect the sovereignty of the nations they were elected to serve, are, just like a fawning Obama, take their marching orders from the UN to which they pay their absolute allegiance.

Readers will have to imagine the drum roll for this 11th-hour announcement:

“A powerful U.S. Senate investigatory committee has launched a bipartisan probe into an American nonprofit’s funding of efforts to oust Israeli Prime Minister Benjamin Netanyahu after the Obama administration’s State Department gave the nonprofit taxpayer-funded grants, a source with knowledge of the panel’s activities told FoxNews.com.

“The fact that both Democratic and Republican sides of the Senate Permanent Subcommittee on Investigations have signed off on the probe could be seen as a rebuke to President Obama, who has had a well-documented adversarial relationship with the Israeli leader.”

What a joke.  All Democratic and Republican rebukes to Obama to date have failed like proverbial lead balloons.

Obama’s top flight election team have been in Israel working to replace Netanyahu with leftist Zionists since last year, what’s to probe?

Netanyahu told Israel’s Channel Two television station this week that there were “governments” that wanted to help with the “Just Not Bibi” campaigning feverishly underway in Israel.

Israel’s election is set to take place on Tuesday, what took the bipartisan Senate “undisclosed until now” subcommittee so long to get the news about Obama’s election team meddling in the Israel election out to the public at large—including Israeli voters?

“According to the source, the probe is looking into “funding” by OneVoice Movement – a Washington-based group that has received $350,000 in recent State Department grants, and until last November was headed by a veteran diplomat from the Clinton administrations. (FOX News, March 15, 2015)

“A subsidiary of OneVoice is the Israel-based Victory 15 campaign, itself guided by top operatives of Obama’s White House runs, which seeks to “replace the government” of Israel.

“It’s confirmed that there is a bipartisan Permanent Subcommittee inquiry into OneVoice’s funding of V15,” the source said, speaking on condition of anonymity about the American group, which bills itself as working for a two-state solution to the Israeli-Palestinian conflict.

“Indeed, by January, OneVoice – whose focus on Israel’s 1967 borders as a negotiating starting point reflects Obama’s thinking but is counter to Netanyahu’s – had announced its partnership with V15.

“OneVoice is eager to cooperate with any inquiry,” spokesman Payton Knopf said Saturday. “And after a fair examination, we are confident no wrong doing will be found.”

“But the recent FoxNews.com investigation showed that the nonprofit, in its 2014 Annual Report, said its Israel branch would be “embarking on a groundbreaking campaign around the Israeli elections.” In partnering with V15, the two groups have operated from adjacent offices in Tel Aviv.

“Launched in 2002 by snack bar mogul Daniel Lubetzky and boasting the star power of such celebrities as Brad Pitt, Danny DeVito, Rhea Perlman and Sir Paul McCartney among its honorary advisors, OneVoice was headed until November by Marc Ginsberg, who advised President Carter on Middle East policy and served as President Clinton’s ambassador to Morocco.

“Ginsberg, who has described the administration’s approach to the Israeli-Palestinian conflict as a “window of opportunity,” is now serving OneVoice as “special advisor” after resigning as CEO at a time that turned out to be just ahead of the early December announcement of the Israeli election.

“I resigned on November 11, 2014, because I had only committed to serve as CEO for one year and my resignation was effective December 19, 2014,” he wrote in an email to FoxNews.com. “I agreed to be available after that as a Senior Adviser on an occasional basis to the organization…along with many others, but have had ZERO decision-making authority over personnel, budgets, programs, etc. That responsibility was transferred to the Executive Director of the OneVoice Europe organization after I resigned.”

From the horse’s mouth via a CFP reader in Petach Tikva, Israel, comes the incontrovertible truth:

“The polls in February showed Netanyahu’s party in a good position to win. Now a few days before the election, it appears that it will lose. Obama’s team did a fine job of public relations and financing.”

Meanwhile, it’s not just Bibi who’s been had. If he’s swept out by leftist Zionists in Tuesday elections, it’s the rest of us who will have been had.  Prime Minister Benjamin Netanyahu is the only world leader who has consistently taken a brave stand against Iran having easy access to nuclear weapons.

by JOHN NOLTE After PolitiFact rated as “mostly false” a joke made by Republican Senator Ted Cruz, using all the...