Forcing you to bake a gay wedding cake is just the start. The gay marriage fascists are pretty resourceful when it comes to using the power of government to enforce their orthodoxy. And by the way, this is one of the less-discussed problems with the perpetual expansion of government into everything. If you can’t do business without government contracts, or without tax exemptions, you inevitably empower someone in the political realm to judge your worthiness to be in business at all.

When the Denver City Council chooses a concessionaire for the Denver International Airport, the decision is supposed to be based on the applicant’s operational prowess, its quality, its track record and, of course, its ability to make the arrangement profitable for both parties while pleasing airport patrons with products and service.

But it’s not about that for what appears to be a majority of the Denver City Council. It’s about gay marriage, and the now airtight requirement that anyone doing business with the government must not agree with 1 Corinthians 6:9-10. It makes no difference if all you do is sell chicken sandwiches, which has nothing to do with homosexuality. If you’re like Chick-fil-A, and your owners have made it clear they believe the Bible, you’re not running concessions at the DIA:

Councilman Paul Lopez called opposition to the chain at DIA “really, truly a moral issue on the city.” 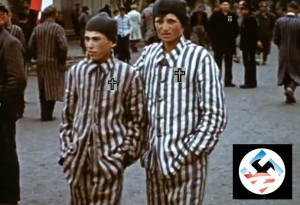 on sexual orientation and gender identity.

Robin Kniech, the council’s first openly gay member, said she was most worried about a local franchise generating “corporate profits used to fund and fuel discrimination.” She was first to raise Chick-fil-A leaders’ politics during a Tuesday committee hearing.

The normally routine process of approving an airport concession deal has taken a rare political turn. The Business Development Committee on Tuesday stalled the seven-year deal with a new franchisee of the popular chain for two weeks.

This is where we’ve gotten with gay marriage politics in the United States. It used to be that if a politician had it in for a business for some reason that had nothing the legitimate terms of a proposed contract, the politician would at least invent some phony pretext for stalling the deal. Not anymore. Now they come right out and admit that they’re only doing it because the business doesn’t agree with them on a social issue. Even the editors of the Denver Post, which backs gay marriage, is warning the City Council to be careful about the precedent it’s setting here:

Think this one through, Denver City Council. If you block Chick-fil-A from returning as a vendor at Denver International Airport, how far might you then go in imposing political litmus tests on corporations seeking to do business there — or elsewhere in the city?

And what are the implications for free speech in America if such political vetoes by cities were to become the norm?

At a committee meeting this week, Councilman Paul Lopez described opposition to the chain at DIA because of its CEO’s hostility toward same-sex marriage as “really, truly a moral issue on the city.” Some other council members clearly agreed.

Same-sex marriage is indeed a moral issue. But it’s hardly the only one. Abortion, the Second Amendment, immigration, affirmative action, even climate change are among numerous issues considered by their ardent advocates and opponents to be matters of principle and conscience.

Are corporate executives supposed to muzzle all opinion, or make sure their views mesh with the predominant outlook of politicians in cities where they’d like to do business?

That’s exactly the point. This is only an issue because Chick-fil-A founder Truett Cathy (who died last year) spoke publicly about his belief in biblical marriage and backed that up by giving financial support to some organizations who advocate for the same. Chick-fil-A has no history of discriminating against anyone in employment or in customer service, and Mr. Cathy never expressed any belief that it would be appropriate to do so. He simply believes that marriage is between one man and one woman, which simply means he agrees with the Bible.

To the members of the Denver City Council, this is an offense so egregious they are prepared to deny Chick-fil-A a concession contract at the airport even though it has nothing to do with the terms required in the contract.

The supporters of gay marriage are conspicuously lacking in confidence where their position is concerned. How do I know that? Because when you’re confident 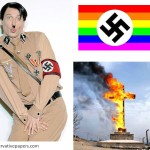 By the way, this supports a broader theory of mine about atheists. I have argued for some time that atheists know God exists, and that’s why they constantly obsess over Him – trying on a continual basis to convince themselves and others He is not real, and having very little success. That applies here too. You can’t be very confident your position is correct if the Word of God disagrees with you, and while you can sit there all day long and call it a 2,000-year-old book of fairy tales written by men, something inherent to your spirit knows that’s a lie. So you have to shut up people who acknowledge and live the truths you’re struggling so hard to deny.

In Case You Missed It:  The controlled DEMOLITION of FOOD and ENERGY infrastructure is now under way
Posted in Freedoms and tagged Christians, Colorado, Freedom, homosexuality, Liberal Fascism.

The Global Economy Is Melting Down in a Deflationary Spiral

The liberal mainstream media peddled the delusion that the unfolding economic crash was merely a short term “correction. Even as...