2015 has not been kind to Kazakhstan’s economy (the largest in Central Asia). 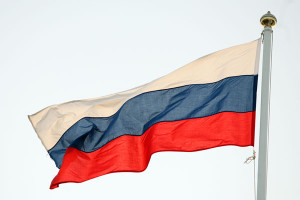 Although it has the highest levels of economic freedom in the region, the country’s growth has slowed, with estimates now calling for just 2.8 percent, significantly less than last year’s 4.3 percent.

The culprits in the decline? A weakened Russian currency and economy, low global oil prices, and blowback from increasingly strict Western sanctions on Russia. All have contributed to economic stagnation in Kazakhstan. As the EU targets Russian state finances, as well as its energy and arms manufacturing sectors, Western companies (fairly or not) have become more cautious in their business dealings with Russia’s close neighbors—including Kazakhstan.

Meanwhile, Russia, an important trade partner, is edging nearer to a recession, with 1.3-percent growth in the last year and negative growth of 4.3 percent in the third quarter of 2015.

So, as Russia has stumbled, Kazakhstan has been pulled down along with it: The falling Russian ruble has put pressure on the Kazakh tenge, which was devalued 19 percent last year. This year, instead of an explicit devaluation, Kazakhstan monetary authorities simply allowed it to (mostly) float. It tumbled by 26.2 percent after the policy change was announced in August, and it has since fallen farther after the central bank decided to minimize its participation in the currency market in early November.

The Eurasian Economic Union (EEU—a one-way street benefiting Russia at the expense of its partners, which some have labeled a 21st-century attempt by Putin to recreate the USSR) continues to impede economic growth and investment in Kazakhstan.

Although Kazakhstan has now formally joined the World Trade Organization, it must pull away from the Eurasian Economic Union if it is to gain greater access to global markets.

Kazakhstan’s medium-term prospects are also threatened by falling oil prices. During the commodity boom, Kazakhstan enjoyed a long run of prosperity from its bountiful mineral wealth—principally hydrocarbons, but also uranium and other metals. Although oil prices bounced earlier this year, they have since fallen below lows established at the beginning of the year.

Furthermore, the slowdown in the Chinese economy has hurt Kazakh exports as raw materials such as copper have fallen dramatically in price. Last year’s devaluation of the tenge had been expected to drive down labor costs and boost the natural resources sector, but, due to declining oil prices, this has not happened.

Even worse, the Kashagan oil field—one of the largest ever oil discoveries—is still not in production. Billions of dollars have been invested, with virtually no oil extracted. Despite estimates that the facility can be profitable only if oil rises above $100 a barrel, Kazakhstan says that it will begin production in 2016, though for a project that has been wracked by delays, this is not necessarily encouraging.

U.S. companies may have opportunities to exploit economic openings in Kazakhstan due to pullbacks by China and Russia. The U.S. government, too, should push for more reforms by the government of Kazakhstan President Nazarbayev, whose last re-election campaign (which garnered 97.7 percent of the vote) featured promises of 100 reforms he would implement. So far his administration has implemented a few of them, but much more needs to be done.

By KATIE GLUECK He has more cash than any other Republican candidate. He is organized in every county in the...