Casablanca – Farouk Ksentini, President of Algeria’s National Consultative Commission for Human Rights Protection and Promotion, made a controversial statement regarding migrants and refugees to the Algerian daily “Essawt El Akher.” 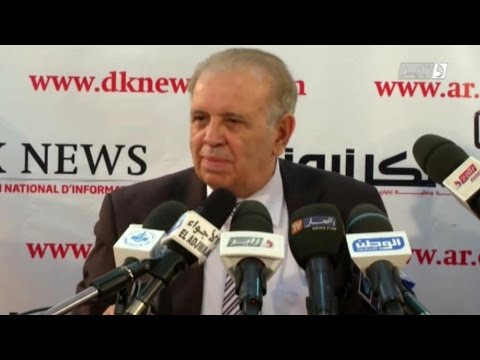 On December 5, the president of Algeria’s human rights commission told “Essawt El Akher” that “the presence of migrants and refugees in various parts of the country can cause problems to Algerians,” adding that their presence “could risk the spread of AIDS and other sexually transmitted diseases.”

“That disease is widespread” within that community, he continues, saying African migrants should be deported “to stop this catastrophe that is imposed on us.”

The statement was incredibly controversial and was criticized in the nation and abroad, especially as there is no shortage of African refugees and migrants in Algeria.

“Algerian authorities since December 1, 2016,” says the report, “have rounded up more than 1,400 sub-Saharan migrants and reportedly deported at least several hundred across the border into Niger.”

According to the same source, migrants were rounded up “in and around Algiers, the capital, and bused […] 1,900 kilometers south to a camp in Tamanrasset, from which some were bused into Niger.”

In its efforts to remove refugees and other sub-Saharan migrants from Algerian territory, the country is going against both the 1951 Refugee Convention and the International Convention on the Protection of the Rights of All Migrant Workers and Members of their Families, both of which protect the rights of refugees and migrants.

Meanwhile, HRW Director of the MENA region Sarah Leah Whitson says, “The right of a country to control its borders is not a license for lawlessness.”

What is going on?’ Trump wonders why FBI never requested access to the DNC’s ‘hacked servers’

Amid an avalanche of self-replicating reports of “Russian hacking,” Donald Trump has questioned how the task of checking whether the...