“Soph” has nearly a million followers on the giant video platform. The site’s executives only have themselves to blame. 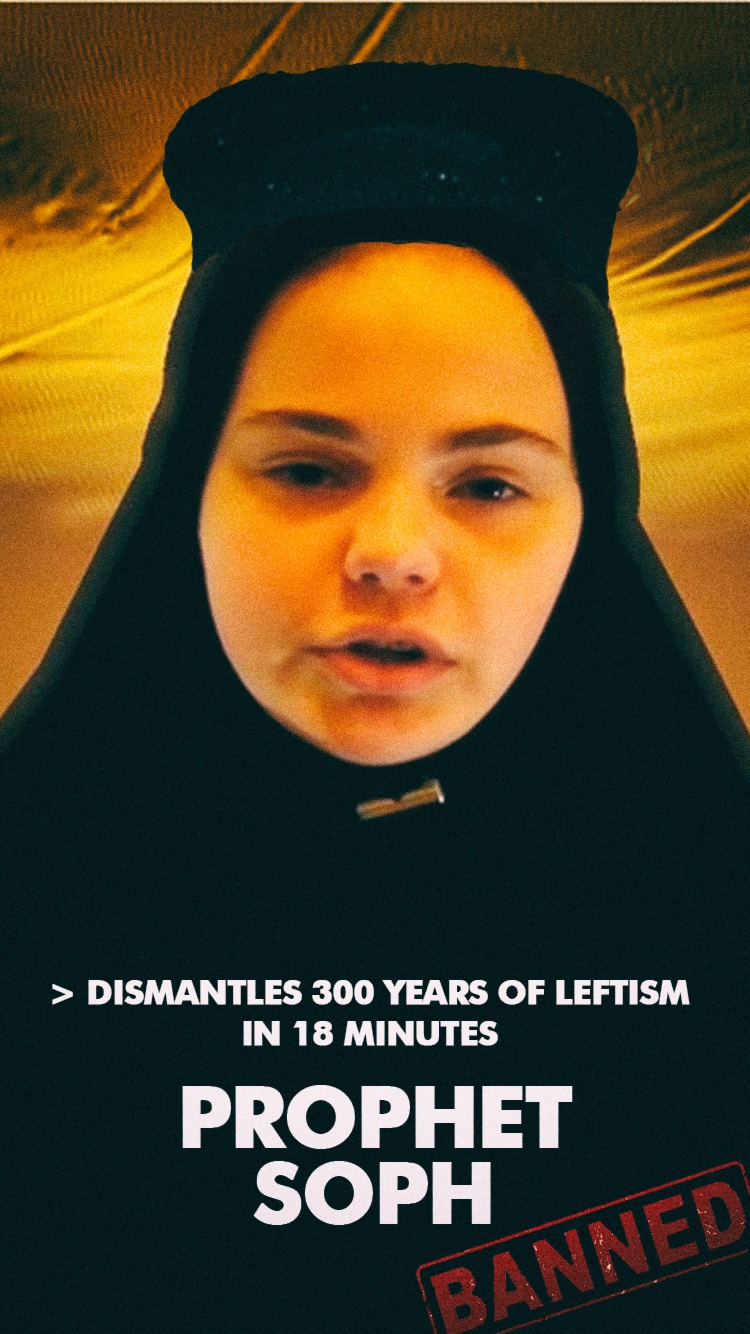 What does a 14-year-old girl dressed in a chador have to say on YouTube to amass more than 900,000 followers?

How about this: “I’ve become a devout follower of the Prophet Muhammad. Suffice to say, I’ve been having a fuck ton of fun. Of course, I get raped by my 40-year-old husband every so often and I have to worship a black cube to indirectly please an ancient Canaanite god — but at least I get to go to San Fran and stone the shit out of some gays, and the cops can’t do anything about it because California is a crypto-caliphate.”

Or how about, simply, “Kill yourself, faggot.”

Yes, if you want a vision of the future YouTube is midwifing, imagine a cherubic white girl mocking Islamic dress while lecturing her hundreds of thousands of followers about Muslim “rape gangs,” social justice “homos,” and the evils wrought by George Soros — under the thin guise of edgy internet comedy, forever.

In Case You Missed It:  Colorado hospital system demands that all organ transplant recipients first destroy their own organs with covid spike protein vaccines before receiving new organs from donors
Posted in Freedoms and tagged Freedom.

A few years ago, the US government put thousands of people out of work in the USA that were making...