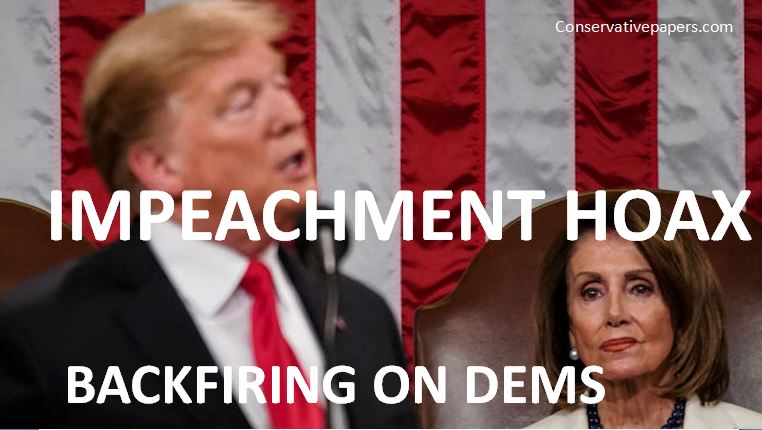 Democrats released the text Tuesday of their resolution to authorize an impeachment inquiry into President Donald Trump, with the vote to be held on Thursday.

Speaker of the House Nancy Pelosi (D-CA), who argued for weeks that the House had no constitutional obligation to vote to authorize a inquiry, finally relented, which Republicans cited as an admission that the process has been a sham.

There are additional problems with the resolution — which Democrats never opened to negotiation with Republicans:

1. The resolution gives authority to the House Intelligence Committee that it has never had before. Prior impeachments have been handled by the House Judiciary Committee. The new resolution directs several other committees — Intelligence, Foreign Affairs, Oversight, and Ways and Means — to continue ongoing inquiries as impeachment inquiries, creating a giant net encompassing everything from Trump’s tax returns to his private businesses. Moreover, the resolution seems unclear about whether the Intelligence committee an continue with secret hearings — a power that Rep. Adam Shciff (D-CA) has arguably abused thus far to disseminate pro-impeachment propaganda. (The text says that the chair shall conduct “an open hearing or hearings,” which lends itself to multiple interpretations.)

2. The resolution does not provide the minority with equal subpoena power, as in the past. When the House authorized the impeachment inquiry into President Bill Clinton in 1998, its resolution allowed the (Republican) chair and the (Democrat) ranking member on the House Judiciary Committee to call witnesses. In the case of disagreement from either side, the full committee would vote. Under the new proposal for the Trump inquiry, the (Democratic) chairs of the Intelligence and the Judiciary Committees do not have to submit witnesses to the full committee for approval if the (Republican) ranking members disapprove. Only the ranking member has to do so.

In Case You Missed It:  Tucker Carlson Calls On Adam Schiff To Resign Over Russiagate Hoax

Compare the text of the 1998 resolution with the new one.

In the Clinton inquiry, subpoenas could be issued

by the chairman and the ranking minority member acting jointly, or, if either declines to act, by the other acting alone, except that in the event either so declines, either shall have the right to refer to the committee for decision the question whether such authority shall be so exercised and the committee shall be convened promptly to render that decision [emphasis added]

In the Democrats’ new proposal, the chair has a veto over the ranking member — but not vice versa:

Joel B. Pollak is Senior Editor-at-Large at Breitbart News. He earned an A.B. in Social Studies and Environmental Science and Public Policy from Harvard College, and a J.D. from Harvard Law School. He is a winner of the 2018 Robert Novak Journalism Alumni Fellowship. He is also the co-author of How Trump Won: The Inside Story of a Revolution, which is available from Regnery. Follow him on Twitter at @joelpollak.

Posted in Tyranny and tagged Impeachment.

Vindman Admits He Shared Classified Read-Outs of Trump’s Call When Asked To Who, Schiff SHUT DOWN Questions