Washington, D.C. — Earlier today, Senator Tom Cotton (R-Arkansas) sent a letter calling for the administration to take several steps to protect U.S. citizens from the coronavirus, including a ban on all commercial flights between the United States and China. 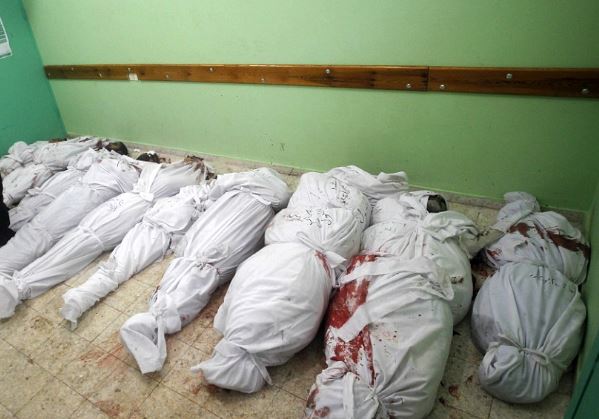 In addition to the targeted travel ban, his letter recommends the following course of action to stop the spread of coronavirus:

Senator Cotton is following up on his letter to Secretary Alex Azar on January 22 urging the government to prepare contingency measures, including a travel ban, in anticipation of the spread of coronavirus.

I write to urge you to implement a targeted travel ban on China to protect America from the Wuhan coronavirus.  Given the latest developments and the many unknowns about this virus, we ought to follow Benjamin Franklin’s maxim: an ounce of prevention is worth a pound of cure.

As of this morning, China has reported that the Wuhan coronavirus has infected more than 4,500 people and killed more than 100.  But the real number is likely far higher—perhaps in the hundreds of thousands—given the Chinese Communist Party’s long history of covering up and minimizing these crises.

China’s own actions demonstrate the severity of the threat.  Beijing has quarantined more than 50 million people—the combined population of our entire West Coast—and cancelled school indefinitely.  Just this morning, Hong Kong has slashed travel from mainland China.  These are not the actions of a government in control of the outbreak.

It may be too late for China to contain the virus inside its borders.  The mayor of Wuhan, for instance, acknowledged that more than five million people had already left the city despite the quarantine.  Further, Chinese researchers have provided strong evidence in The Lancet that this coronavirus did not originate in the Wuhan seafood market, contrary to the official Chinese line.  This evidence doesn’t just cast doubt on Chinese reporting, but also suggests the risk of infectious pathways outside the seafood market.

Thanks to the deadly combination of Chinese duplicity and incompetence, the virus has now spread to most provinces in China and neighboring nations.  At least five cases have been confirmed on American soil, with more than 100 other individuals under evaluation for infection.

Moreover, based on preliminary research, it appears that this coronavirus has a long incubation period and asymptomatic persons may be able to transmit the virus.  If so, then the administration’s laudable efforts to screen persons traveling from China could be for naught: no amount of screening will identify a contagious but asymptomatic person afflicted with the coronavirus.

Given these dangerous circumstances, a targeted travel ban is warranted to protect Americans until we know more about the virus and the outbreak is under control.  I propose steps along the following lines:

First, commercial flights from China to the U.S. should be halted immediately.  There’s no need for recreational, student or educational, or non-critical business travel under the circumstances until this crisis is under control.

Second, American citizens in China and their immediate family members should have the option to evacuate and return to U.S. territory under appropriate, elevated monitoring.

Fourth, the administration should allow medical personnel and scientists to travel to and from China to address this crisis.

Regarding this last point, I ask that the administration urge President Xi to allow American and international scientists and medical experts from the World Health Organization into Wuhan immediately to help treat infected persons and research the origins of this coronavirus.  If the virus didn’t originate in the seafood market, it’s critical to determine where it did—especially, I must add, since Wuhan is also home to a biosafety-level-4 super-laboratory that engages in the study of coronavirus, among other deadly pathogens.

Finally, I also urge the administration to marshal the full resources of the federal government to engineer a vaccine to the virus.  America is blessed with world-leading researchers and laboratories on the cutting edge of medical science and epidemiology.  Working in tandem with them, I’m confident our federal research agencies can develop a vaccine in record time.  To the extent additional money or legal authorities are needed for a Manhattan Project-level effort to create a vaccine, I stand ready to assist in the Congress.

Thank you for the steps the administration has already taken to protect our citizens and for your prompt attention to this important matter.

Police Commissioner: Crime Has Skyrocketed Because Of Democrats’ Bail Reform

NYPD Police Commissioner Dermot Shea blamed Democrats’ bail reform during a press conference on Friday, saying that it was responsible...