This is almost self-explanatory.  I could just write “The End” under the video and stop.

Seriously, Omar represents an extremely insular district that has a substantial number of Somali Muslim immigrants who have come to the US in the past 30 years.  It is not entirely unreasonable to look at this video by a well-known “chronicler” of “outrageous” political views and suspect that 1) it’s really only a commentary on 6-8 young men represented and/or 2) it’s likely heavily edited to make a particular point that reflects the POV of the maker and promoter of the video.  I get that.  I’m taking that into consideration in viewing the video.  It’s more a “curiosity” than a “statement” about the entire Somali Muslim community in Minneapolis. 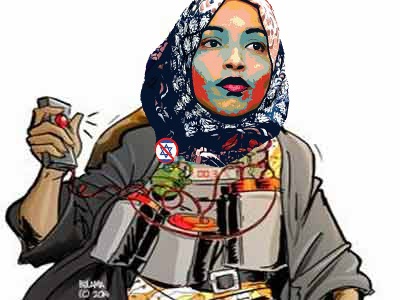 But at the same time, first-generation Somali immigrants are thought to number around 30,000, with nearly 80% of them living in the greater Minneapolis area.  Second generation and later are dispersed to other areas of the country in greater numbers than the first generation.

Based on that, it’s not surprising these ethic tropes and slurs that are trafficked so widely in Muslim communities around the world would be prevalent in the community of Somali ex-pats in Minneapolis who elected Omar.  In a real way they simply remain captive to the views they internalized living in their homeland, and moving to the United States has not led them to let go of what they learned at “home.”

At least with the allegations aimed at the Chinese with respect to the origin and spread of COVID-19 — the arguments made that it was intentional or not completely accidental — there is the foundation in the fact that the virus originated in Wuhan, first spread among the neighborhoods of that city, and later in that region.  So while you can certainly suss-out some racist sentiments in the placement of blame on the Chinese for the global pandemic, that doesn’t undermine the actual facts as to the cause.

The idea revealed by the video that COVID-19 is somehow connected to Jews, stocks, and land acquisitions, is entirely fact-free fantasyland thinking.

Would Omar denounce these slurs?  Would it cost her votes if she did?

Can We Be Forced to Say Something We Don’t Believe? Ask This Teacher

A French teacher at West Point High School in West Point, Virginia, was fired for not using pronouns preferred by...